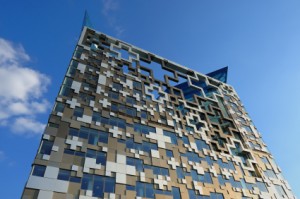 The Solicitors Disciplinary Tribunal (SDT) has voiced “serious doubts” over whether a solicitor, aged 79 and “with almost 50 years of exemplary service”, should have been referred to it for prosecution.

The SDT said the allegations brought by the Solicitors Regulation Authority (SRA) related to a period when Reginald Hemmings was winding down his firm before his retirement and providing services in a “more old-fashioned way”.

Mr Hemmings told the tribunal that he found the experience of appearing before it “extremely distressing”. The tribunal found that none of his rule breaches justified “any serious sanction” and he was reprimanded.

However, he was ordered to contribute £2,000 to the prosecution costs of almost £6,500. The tribunal heard that Mr Hemmings was in receipt of state benefits, having “no assets or savings” and being subject to an individual voluntary arrangement.

A sole practitioner in Taunton, Somerset, he contacted the SRA in late October 2013 to tell them he had not renewed his indemnity insurance. The firm entered the extended indemnity period (EIP) on 1 October 2013, and the cessation period on 31 October 2013, which ran for two months until 29 December 2013.

The tribunal heard that the SRA received information that the firm was continuing to act for clients after 29 December 2013, and a forensic investigation of RW Hemmings & Co began in March 2014. The SRA intervened the following month.

The sole practitioner was also accused of acting for clients and taking on new ones during the cessation period, forbidden under the rules.

It was alleged that Mr Hemmings had breached the accounts rules by failing to make transfers from office to client of £25, £100 and £636. Mr Hemmings admitted these breaches.

It was alleged that he had made an inaccurate statement to indemnity insurers, early in 2014 on a proposal form, saying he had not accepted any new instructions since 31 October 2013.

The SRA further alleged that Mr Hemmings had provided banking facilities to a wealthy client, known as ‘Mr AD’.

The tribunal found that Mr Hemmings had failed to notify the SRA as soon as he should about entry into the EIP, but he had given prior notice about entry to the cessation period.

The tribunal said the allegations about instructing new clients during the cessation period were proved, but the allegation that he had made an untrue statement in an application for indemnity insurance was not proved.

The SDT concluded that although Mr AD was a friend of Mr Hemmings, and had not been charged any fees, the solicitor had “allowed his client account to be used as a banking facility”.

The tribunal said Mr Hemmings had provided much of his own mitigation. “He had intended to close down his firm by the end of December 2013 but had suffered from some health issues which had delayed matters. The respondent confirmed he had almost finished all his cases but the legal work had taken longer than he had expected.

“If the intervention had not taken place, the respondent was confident that the remaining three or four transactions would have completed within that week, and his office would have closed as he had intended.”

Accepting that there were “a number of mitigating factors” in the case, the SDT said the most serious allegation was the provision of banking facilities to Mr AD. “However, the tribunal accepted the respondent had made a genuine mistake in misunderstanding the position in the context of a highly charged custody situation”.

The SDT reprimanded Mr Hemmings and he was ordered to pay a contribution to costs of £2,000.

Gordon Ramsay, director of legal and enforcement at the SRA, said: “We note the tribunal’s findings, and would point out that various allegations were found proved including that Mr Hemmings made more than 200 payments from his client account where there was no underlying legal transaction, with monies amounting to nearly £80,000.

“In our view, this was an issue that the tribunal should consider, including the mitigation Mr Hemmings put forward in his evidence. It was prosecuted proportionately by our in-house team.”