Working days “could be replaced by aggregated maximum time” 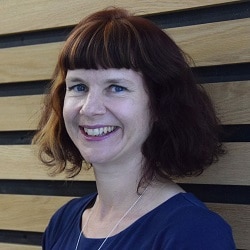 Green: We need a bold approach

Future professionals’ working lives could be based not on “working days or even patterns” but on “aggregated maximum time” during which they are accountable to their employer, a Law Commissioner has suggested.

Speaking as part of the Heilbron Lecture series organised by the Next 100 Years project, Professor Sarah Green said the time had come for a “bold” approach to reshaping existing working patterns, for example by employers mandating a four-day week.

Professor Green – who was speaking in a personal capacity – said the “formulation of positive duties” designed to “fit work to workers, to avoid problems and to avert unequal results before they happen” was preferable to a negative approach.

She said that, in Portugal, employers could be fined for contacting employees outside of work hours.

“Closer to home, several financial firms are now offering unlimited paid annual leave and imposing a minimum number of days that must be taken by each employee.

“Or mandating a four-day week, with a set number of hours to be worked across those days. To many, these measures might seem extreme, or counter-productive, or unfeasible, or all of the above.

“They are certainly unlikely to work for every employer-employee relationship. But they move baselines. They say something extraordinary about the possible redistribution of time.”

Professor Green said some employers were already “imposing not regimented working days or even patterns, but specifying instead aggregated maximum time” during which workers were directly accountable to their employers.

“This is not to remove worker autonomy, but rather to enhance it and to ensure that our life’s work is not subordinated to our paid work.”

Professor Green said the focus should not only be on the interests of those in work, but those not in work, or returning to work as a result of illness or caring responsibilities.

“Equality will never be attainable whilst allowance is not made for those who take on an extra burden of life’s work at the expense of their paid work.

“I have long been amazed at the lack of recognition of this by institutions that should know better − by an insistence, for instance, on first-past-the-post promotion or appointment processes, judging CVs by the number of lines on them, with no allowance made for time away from work.”

Professor Green said the need for such recognition was universal, for men as well as women.

“But we know, empirically, that the failure to make such a recognition falls disproportionately on women.

“In many cases, women have to do more in less time to keep up in professional terms. And there still seems to be a sense of wonder and confusion from some quarters about why we have a gender pay gap, glass ceilings and predominantly male gatekeepers.”

Professor Green said she was “not necessarily talking about a need for law reform”, and change was “as likely to be achieved at least in part through cultural reform, or through incremental shifts in attitudes and expectations”.

She went on: “Choices such as those we are faced with in terms of the organisation of work are made within a broader structure.

“Individualised arrangements and adjustments are all very well, but they are always made relative to a baseline (as the very word ‘adjustment’ suggests).  But what if the baseline is the problem?”

Professor Green described reshaping working patterns as a “public project”, adding: “We need to be bold and we need to be positive.”