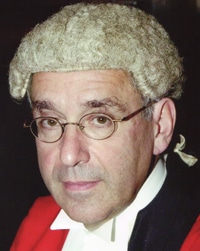 Moses: the last thing we want is defensive advocacy

In an entertaining address, the judge questioned the role of judges in having to assess criminal law advocates who want to move up the four levels of QASA, enabling them to take on more serious cases.

“Do we really want a generation of criminal trial advocates who go into the court with the intention of pleasing the judge?” he asked. “Is that what quality assurance means? Of course there will be judges who appreciate where the advocate’s duty and loyalty lies, but by no means all, and it is expecting a great deal of young advocates who, as they will be required to do, have notified the judge in advance that they are seeking evaluation to stand up to the judge when he thinks that the cross-examination has gone on long enough.”

Moses LJ said “the one thing” that should be avoided is “a formalised scheme in which the trial in which an advocate is seeking an evaluation becomes… a job application in which there is to be a judicial thumbs up or thumbs down”.

QASA – a joint effort of the Solicitors Regulation Authority, Bar Standards Board and ILEX Professional Standards under the oversight of the Legal Services Board – has come under sustained criticism from practitioners, and particularly solicitor-advocates, who fear being disadvantaged by judicial assessment.

The judge questioned the impact assessments would have on the advocate’s relationship with his client, noting the growing number of appeals to the Court of Appeal alleging poor advocacy.

“Will the appellant ask to see his counsel’s grade, and the judge’s previous evaluation? There is, I suggest, cause for a profound unease in the notion that, in the very trial which you face as an accused, your advocate has asked to be assessed. What effect i

s that going to have on your brief? Is she on your side or just trying to mollify the judge?

“Surely the last thing we want is defensive advocacy. The need to be marked, to move up a level or maintain one’s grade is, I believe, deeply inimical to the proper relationship between advocate and judge and, more importantly, the trust the client has in that relationship. The accused must believe that his brief will tell the judge to go to the devil, if that is what his case demands.”

He also observed that by targeting criminal law initially, QASA would affect “the least well paid and the most vilified of those who offer legal services”.

Moses LJ explained: “It requires no imagination to appreciate how the young criminal advocate feels, with possibly £50,000 of accumulated debt, expected to clear it from receipt of small delayed payments, deprived at the end of the month even of the prospect of meeting their hotel bills, but picked out as the guinea-pigs of this process.

“It is they who will be assessed and their counterparts in commercial chambers, sitting behind two other more mature juniors and a heavy-weight silk boring for England or for Russia, will not be assessed. It is the young criminal advocate who must knock on the judicial door asking for the return of the evaluation form, the hoped for rise from level 1 to level 2.”

Instead, Moses LJ said “judges should be encouraged with greater frequency to report the incompetent… But the need to be done with the poor or hopeless should not be allowed to damage the rest. There is a better way than marking”.

He argued that the best way to improve performance is to meet and learn from peers. All advocates – civil or criminal, barrister, solicitor or chartered legal executive – should be required to attend training courses “at regular and frequent intervals, and to participate in discussions and exercises, and watch how their colleagues throw off the bad habits acquired as they grow older but no wiser in the performance of their advocacy… Let there be academies of advocacy, with compulsory and regular attendance for all advocates.”

Moses LJ also asked why there is not a single regulator for all advocates. “If one of the purposes of the Legal Services Act was to open up the courts to advocates, whether they be solicitors or barristers, how dispiriting that the division is to be maintained in separate regulation for a single legal activity.”