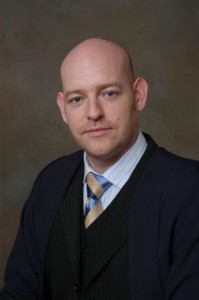 Personal injury (PI) law firms that are looking to exit the market as a result of the 1 April Jackson reforms are being targeted by a new consultancy that promises they can retain high levels of the work-in-progress (WiP) on their book of cases.

London-based Consultant Lawyer Solutions – known as Consula – has launched an exit strategy that it says is “specifically designed” for PI firms.

It is one of a number of options that have emerged for PI firms looking to move on their caseloads ahead of 1 April.

Consula director and principal consultant, Martin Callan, who is also a Council member at the Chartered Institute of Legal Executives, said the strategy would “help firms to exit the market in an ordered, structured way avoiding any firesale of their book of work and deliver a better financial return than other providers currently in the marketplace”.

He continued: “The current market in England and Wales has in excess of 3,000 providers who will be directly affected [by the Jackson reforms]. In fact, a significant number of firms that specialise in personal injury are already beginning to be affected by the shifting market, resulting in the growth of a range of exit strategies by a number of providers. The vast majority of those schemes, however, barely provide up to a 40% return on WiP.”

He said Consula’s solution ccould deliver up to a 90% return on WiP, “which could help those firms in financial difficulty avoid insolvency”.

The process involves a firm transferring its entire book of work to a panel of firms through a managed process that allows it to withdraw “sensibly” from the PI market, he explained.

It involves a team of professionals who handle the entire transfer process and includes dealings with clients and advisors.

Mr Callan said: “The service is likely to be very attractive to law firms facing pending insolvency, cash flow difficulties and re-structures. It is also likely to attract firms wishing to exit the market voluntarily due to retirement or those who simply wish withdraw from this highly competitive market.”