Lawyers told: don’t be put off social media by barrister fined over tweets 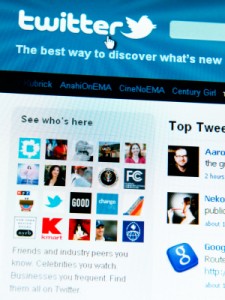 Lawyers were this week told not to be discouraged from embracing social media after a barrister who was among the legal pioneers on Twitter was fined for messages he posted on the service.

However, the case does raise questions over the role of regulators in policing lawyers’ activity on Twitter and the extent to which they should consider the behaviour of lawyers when considering the reputation of the profession, according to another prominent legal tweeter.

The Bar Standards Board (BSB) last week fined David Harris £2,500 for 19 tweets he sent via his anonymous @Geeklawyer account; some included swearing, suggestions of trying to bribe judges and confessions of neglect over his work.

However, @Geeklawyer was generally seen as a ribald Twitter account and whether or not he was a fictitious lawyer had not been a concern to those who followed it, according to Andrew Sharpe, a LexisPSL lawyer.

Mr Harris was also disbarred from practice, but contrary to some reports, this was for other charges and not his Twitter messages.

Mr Sharpe, who tweets as @TMT_Lawyer, said the case raises concerns about the approach lawyers’ regulatory bodies will take to “normal exchanges on Twitter”.

Both the BSB and Solicitors Regulation Authority (SRA) have similar provisions in their codes of conduct on public confidence in the profession and “the issue here is the interpretation that will be placed upon these provisions by the regulators”.

He said the case raised “nagging questions” over how far regulators should consider the behaviour of lawyers when considering the reputation of the legal profession.

“The SRA guidance – ‘Any behaviour either within or outside your profe

ssional practice’ – can be interpreted in a very strict manner,” he said. “What exactly does that mean? Do we have to maintain a public façade of completely exemplary behaviour on Twitter and elsewhere?

“No more swearing or name-calling please, particularly of other lawyers? No more admitting to feeling the worse for wear after a good night out? No more expressions of frustration with a difficult client?”

The case also raises questions about whether regulators should take action over anonymous tweets, he added, with well-known legal blogger and tweeter Brian Inkster warning lawyers that the case showed “anonymous tweeting may still land you in trouble with your regulatory/disciplinary bodies depending upon what you decide to tweet about”.

Another leading legal blogger, Mike Semple Piggot (whose fictional alter ego is CharonQC), expressed exasperation that a “fictional” barrister had been sanctioned.

Mr Sharpe said the danger is that lawyers may consider the risks of going over the line are too great, and so withdraw from public debate; the “so-called chilling effect”.

He continued: “Even if individual lawyers may be confident of their use of social media, compliance officers at law firms may be more circumspect…

“I would hope that a sensible approach continues to be adopted, so that lawyers on Twitter or who use other forms of social media are not deterred by the Harris decision from sensible debate; there is a contra-argument that it does not serve the profession at all for lawyers to retreat from the public domain.”

He gave the example of the so-called Twitter joke trial, in which a man was convicted of menace over a joke tweet about blowing up Doncaster Airport, a prosecution that has attracted criticism from many lawyers.

Mr Sharpe said: “It could easily be argued by an over-zealous regulator that such volume of criticism from lawyers who, until the case is heard at the Court of Appeal, could be considered to be ‘wrong’, undermines the public’s trust in the legal profession to apply properly the will and intention of Parliament as set out in the relevant statutory provision.”