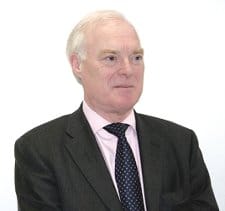 Hobart: understandable preference for a contract

The City of London Law Society (CLLS) and Commercial Bar Association (Combar) have published model terms of business for barristers instructed in commercial cases after more than two years of negotiation.

The specimen terms reflect aspects of the Bar Council’s controversial new standard conditions of contract – which came into force yesterday – that, according to Combar guidance, “were regarded as unacceptable by some solicitors for commercial work”.

The pair were at pains to point out that no individual solicitors and barristers have agreed to be bound by these terms; Simon James, chair of the CLLS litigation committee, described them as “a useful starting point to negotiate contracts between an individual barrister and a firm of solicitors”.

The terms come with joint guidance, but addition Combar guidance for its members emphasised that these terms “do not represent the optimal terms of which Combar barristers might contract with solicitors. On the contrary, the terms represent the outcome of a negotiation and, in certain respects (most importantly the absence of a default basis for payment of barristers), the Combar/CLLS terms reflect the fact that no common position could be agreed”.

The Bar Council terms say that the solicitor should bear direct responsibility for the payment of barristers’ fees, regardless of whether the lay client puts the solicitor in funds. The CLLS would not accept this and so the joint terms offer four different options for payment.

The joint terms also recognise the possibility that their performance might give rise to uninsured liabilities. As a result, the Bar Mutual Indemnity Fund has agreed to extend its cover for liabilities that arise under them – and which would not otherwise exist at common law – up to a limit of £100,000.

The Combar guidance cautioned that some clients require solicitors to sign up to terms restricting the solicitor’s entitlement to act for other clients, and it is possible that solicitors might ask barristers to sign similar agreements. “Such restraints are likely to be in breach of the cab-rank rule,” the guidance said. It also warned barristers against agreeing to terms purporting to restrict the ability of other members of chambers from acting for particular clients.

Combar chairman Stephen Moriarty QC said: “Long standing and close working relationships between the Commercial Bar and solicitors in the City of London helped us to reach agreement on these specimen terms, which we hope will be welcomed by barristers and solicitors.”

“Commercial cases include the major actions brought by international litigants who come to London to make their claims under English law, accessing the world-leading legal services provided by our City lawyers and barristers. One can quite understand the preference for a contract when such substantial sums are involved.”