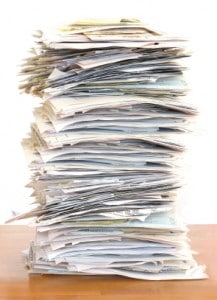 The Bar Standards Board (BSB) is operating an “antiquated and wholly inadequate” paper-based continuing professional development (CPD) system that is diverting resources away from serious misconduct matters, its board was told last week.

The criticisms followed the revelation that barristers who had failed to complete their 2010 requirement – 12 hours in total – were only now being reported for misconduct, almost a year after the deadline for submissions.

Sarah Clarke, a barrister member of the BSB’s board, told its monthly meeting in London that it was “absolutely ridiculous” that the CPD system involved the “manual checking of bits of paper against lists”. She added: “It ought not to be too difficult to have a programme where people electronically file their returns.”

The board’s director, Dr Vanessa Davies, responded that recording CPD returns online would cost “tens of thousands of pounds” and that the BSB did not have the resources.

Simon Lofthouse QC, chairman of the BSB’s complaints committee, said the referral of a large number of CPD “refuseniks” to the professional conduct department – 90 in the last week alone – had contributed to a “bunching of internal complaints” which “clog up the system”.

The CPD complaints came on top of a “spike” in the number of failures by barristers to complete payment of their practising certificate fee, which had reached 23

Mr Lofthouse complained: “It seems to me and others that the work of the professional conduct department is being unfairly and disproportionately directed at CPD and practising certificates when what we really should be focusing on are matters of serious misconduct.”

The meeting heard that although the deadline for CPD returns was the end of January, it had taken a small team within the education and training department – which collates the returns – until July to compile manually a list of barristers who were in breach of their CPD requirement. A second warning letter was not sent out until November.

The board was told that from next year less rigorous scrutiny of compliance would be maintained, with spot checks replacing line-by-line checks. Barristers were informed of the proposed change and some had objected to the fact that they would no longer receive confirmation that they had fulfilled their CPD obligation.

Of the three legal profession regulators, ILEX Professional Standards is the only one to have a wholly online CPD logging system, which is about to complete its first full year in operation.

Matthew Nicklin, a barrister member of the BSB’s board, said that while he disagreed with the points-based CPD system, it was vital that barristers understood that if they failed to earn the necessary points, “they will stop being barristers – it’s as simple as that”. The BSB’s “authority as regulator depends on making it crystal clear” to them, he cautioned.

Mr Lofthouse said the complaints committee took “CPD failures extremely seriously”. But if possible it would seek to adopt a “risk-based, proportionate manner of dealing with them” in order to “free up resources to deal with more serious misconduct”.