The knock on the door 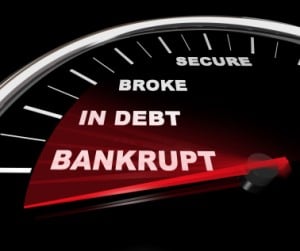 Intervention in a solicitors’ practice is, it would appear, again on the increase with interventions this year likely to be close to the all-time previous high of 113 reached in 2000. In the 12 months to June 2010, interventions were up 22% to a total of 90, which, if extrapolated against figures for the whole of 2009, would give a total number of interventions for 2010 of 118.

An intervention into a solicitors’ practice is a process which the Solicitors Regulation Authority (SRA) should only ever undertake when either there is no other option or when circumstances are so serious that steps have to be taken to prevent dishonesty, fraud and the loss of client property. It is a drastic step and one which invariably results in the closure of the practice and often in the bankruptcy of the solicitor who is intervened in.

It is because of the drastic nature of an intervention that pressure from the Law Society and others has been placed on the SRA and it now appears to have started considering alternatives to intervention wherever possible.

As reported on Legal Futures (see story), the SRA’s compliance committee is encouraging the use of protections other than intervention, to provide guidance to firms on closure, transfer and disposal, and to engage with firms in financial difficulties as early as possible to advise on closure, insolvency and client protection (see the paper considered by the committee here).

Interventions cost, on average, about £65,000 – a cost which has to be borne by the intervened in firm (or ultimately by the profession) – and, according to the committee, are usually as a result of:

If alternatives to intervention are to be promoted, then they are likely to be in response to the final four items referred to above.

Currently, there are three main alternatives to intervention – although in many cases they are likely to be perceived as remedies in their own right rather than specifically intervention alternatives. They are:

Of these alternatives, practising certificate conditions is the one which solicitors should be most wary of. Although the SRA are keen to point out that it is misleading to describe them as “intervention by the back door”, nevertheless that is what they can amount to where, for example, the condition forces the solicitor to close down the firm.

Thus, if the condition is that a solicitor should work only in employment approved by the SRA, or as a partner, director, manager or member of a recognised body approved by the SRA, then in the majority of cases the solicitor will have no option but to close down since it is unlikely that another firm will be found to take over the practice sufficiently quickly.

The SRA is, however, looking at a number of other alternatives including:

Clearly the SRA is trying to find sensible options to intervention, and the proposals put forward to the compliance committee are to be praised and encouraged. No one ultimately benefits from an intervention – it might serve to protect immediate client interests but at the same time leads to redundancy of staff, bankruptcy of principals, loss of faith in the profession as a whole, and upset and inconvenience to those who are clients of the firm and who are forced into the position of having to take their instructions elsewhere.

Each of the four new proposed alternatives, if adopted, will only have a place in certain circumstances and none are without risk. However, as the committee has identified, some element of risk may be acceptable if the overall effect is to achieve a more equitable, fair and less expensive ultimate solution.

The public needs protection but the profession needs to be able to rely on the SRA to carry out proportionate remedies. There will always be cases where an intervention is the appropriate and measured response to a situation. However, these proposals give us hope that other solutions can and will be looked at where relevant.

The committee strongly supported the ideas put forward and confirmed that it was “extremely receptive to any new or novel ideas that could be put forward in this area, including, for example, broader issues about holding client monies.”

Let us hope that this support turns into reality.