Defining the unique role of the lawyer

A guest post by Ken Grady, the Lean Law Evangelist for US law firm Seyfarth Shaw 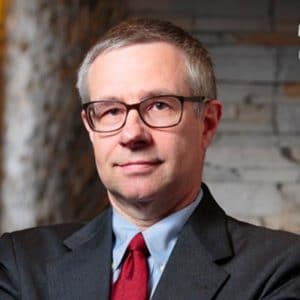 They say teaching is a great way to learn something. In fact, some studies show that teachers retain as much as 90% of the material covered in a class, whereas students in a traditional lecture class may retain only 5%. I am two classes in to the first offering of ‘Delivering legal services’ at Michigan State University’s College of Law, and certainly I am learning a lot.

In the first two classes, we covered topics that I frequently cover in blog posts, presentations, and other settings. We started by looking at legal services delivery over the last 200 years. As my Twitter joke went (and note, for those who have followed the recent controversy over copyrighting Twitter jokes, this one is all mine), I was stumped by what to talk about after the first five minutes. Apart from a few changes in the tools of the trade (pens to typewriters to computers), there have been remarkably few changes in legal services delivery over those 200 years.

We then looked at legal services delivery as a supply chain (many thanks to Mitt Regan for the in-depth coverage he gave to the topic in the article he wrote with Palmer T Heenan, Supply Chains and Porous Boundaries: The Disaggregation of Legal Services).

To do this, we start by deconstructing the existing legal services delivery system. Of course, that means we have to understand the current system, which in turn means we must do some process mapping to learn the work flow. So far, this is all fairly standard stuff, though an interesting exercise to go through if you haven’t done it before.

One interesting thing about a disaggregation discussion is trying to define the roles of the parties who do the disaggregated work. If you are going to disaggregate, you need to consider several issues, such as risks of sending work outside your firm (or department), the relative costs to do the work, the incremental benefits, and so on. One obvious question is whether the outsourced entity has any special skills or expertise they will bring to bear on the work. In other words, what is that party’s role in the supply chain and why are they the proper party for that role?

For example, today one popular way to reduce costs is to use a legal process outsourcing entity (LPO). There are many varieties of LPOs today and they market themselves by emphasising certain advantages over a firm or department doing the work. Cost is certainly one factor. Another can be geography – a firm working out of India can work while you sleep allowing you to keep a project moving 24 hours a day.

Some LPOs also argue that they have domain specific expertise. For example, an LPO could have significant experience reviewing documents in a due diligence room for a transaction. Associates who work on corporate transactions may not review deal room documents all that often, but the employees of an LPO may review them every work day.

The role of the lawyer

The question of a lawyer’s role is not new. Sol M Linowitz, who was a senior partner in the late firm Coudert Brothers, and was former general counsel and chairman of the board of Xerox, discussed it in his 1994 book with Martin Mayer, The Betrayed Profession:

“Socrates pointed out more than 2,400 years ago that orators, as distinct from teachers, persuade rather than enlighten. When the orator Gorgias is announced as a visitor to Socrates, the great philosopher’s first question is: ‘Ask him who he is.’ Similarly, legal ethicist Geoffrey Hazard finds a need in modern America to give the legal profession ‘an identity and a place in the social system. My root quest is ‘Who is ‘we’ when it is said: ‘We lawyers’?”

Part of the “who is ‘we’” question often gets answered by looking at the lawyer’s skills, experience, and proprietary knowledge. The lawyers working at the entity may have specific skills which competing providers (other than lawyers in another firm) do not have, such as in-depth knowledge of securities laws. The lawyers at the entity also may have more experience with certain issues than competing providers (again, ignoring lawyers at another firm).

For example, the lawyers may have in-depth knowledge and experience filing Hart-Scott-Rodino antitrust pre-clearance applications. The law firm lawyers might draft the request for pre-clearance, but rely on an LPO to assemble supporting documents from the client. Finally, the lawyers at the entity might have proprietary knowledge about the client. This often is true of in-house lawyers.

The unique role of the lawyer

The really interesting part of the question usually gets skipped. What is it that a lawyer brings as his or her unique contribution to a team? This question has been debated for some time in the context of the changing legal industry. The debate continues.

Most lawyers argue vehemently that they bring something special or unique to the supply chain that other disciplines lack. Anthony T Kronman, then dean of Yale Law School, posed the question this way in his 1993 book The Lost Lawyer: “Let us consider, then, [this] possibility: that lawyers do possess a distinctive expertise that specialists in other fields lack.”

Dean Kronman addresses various possibilities over the course of a few pages, but then gets to the ‘aha’ moment. “The ability to fashion hypothetical cases and empathically to explore both real and invented ones is the lawyer’s professional forte” says Dean Kronman (for those reading along, page 362). This is the distinctive point of view a lawyer brings to the table.

Dean Kronman illustrates this value-added trait through a hypothetical. He describes a committee of three charged with drafting a statute: a philosopher, an economist, and a lawyer. While the philosopher and economist bring various ideas to the discussion and add information which the lawyer does not have, at the end both turn to the lawyer to do the drafting.

Dean Kronman explains that drafting the statute is not a mechanical exercise. Rather, it requires the lawyer to synthesise the information from the committee and turn it into a carefully worded statute by running the language against real and hypothetical cases. Each case tests the statute’s language and fitness for purpose.

Dean Kronman further defends his view by saying: “It is what [the lawyer’s] case-centred education and experience give him special competence at doing – unlike philosophers and economists, whose disciplines are on the whole more concerned with the construction of abstract systems of thought. And it is what defines the distinctive vantage point from which lawyers tend to see things: the point of view of those who see the world through the lens of individual cases and are temperamentally inclined to assess the abstract claims of philosophy and economics from the particularistic standpoint they afford… If lawyers have a distinctive expertise of their own, it thus consists in the art of handling cases.”

Linowitz put a somewhat different cast on what it means to be a lawyer. Linowitz’s concern was a perceived decline in professionalism among members of the bar. He saw that lawyers, as members of a profession, were apart from their clients and the general public by virtue of what it meant to be a professional.

As Linowitz described it: “The essence of the claim to professional status and professional privilege is that the members of the profession hold themselves to higher standards than other people. A businessman, after all, may properly make his prime goal the search for profits – indeed, his obligation to his stockholders is arguably that he do whatever the law permits that will be in their pecuniary interest. A lawyer must pass a stiffer test. He is supposed to be ethical, even when he could make more money by being unethical.

“Maintaining ethical standards, Justice Sandra Day O’Connor wrote in a dissenting opinion in an advertising case, ‘is a task that involves a constant struggle with the relentless natural forces of economic self-interest’. What makes the lawyer professional is his insistence that in the legal realm he sets the parameters of what he will and will not do – and he tells the client what he believes is in the client’s interest.”

Some of you may believe this is another silly academic exercise; a ‘how many angels can dance on the head of a pin’ question. I don’t believe it is.

With the legal industry going through significant change, it is a natural question to ask what roles lawyers serve and whether there is anything unique that should be reserved to lawyers. If lawyers are going to have a monopoly, there should be something that justifies the monopoly. When we disaggregate legal work and ask who can provide each of the constituent services, we naturally get to the question: if not the lawyer, then who for each of those constituent services?

As the professor, I enjoy the tactical advantage of knowing where we are going in these discussions. The students, of course, enjoy the tactical advantage of not having to go where I thought we were headed. We didn’t resolve this question in class, and I still struggle with it. I recognise the fear, anger, and frustration in those who argue vehemently that there must be something. But, I still have not heard the something that is fully defensible.

I do believe that we need to push harder for an answer. Defining what lawyers do and what should be reserved to lawyers goes to the heart of legal education, licensing, and to the larger question of what role lawyers should play in the big questions facing humans today.

Technology is wonderful, but should we leave to technologists the task of writing the algorithms (the statute in the example above) that govern the conduct of humans? Do they have the training and skills to do the job adequately, or put differently, better than lawyers? Was Dean Kronman correct; are lawyers better at ‘coding’ the rules governing human conduct and, if so, shouldn’t lawyers be part of the teams writing that code?

As I look at these and similar questions, it always seems to me that, for the most part, lawyers are not engaged in the relevant discussions. Lawyers focus too much on whether this six-tenths of an hour should have been billed, and if one too many lawyer was in the room for that meeting. It is as if the generals were gathered at the edge of the battlefield asking whether the privates had an accurate inventory of the bullets, while the army carried on the battle without leadership.

If lawyers cannot succinctly explain what they offer and why they are uniquely suited to offer it, then it will be hard to justify to anyone why they should be included in the important discussions about issues we face as humans. I believe that lawyers offer more than case analysis and professionalism. I am still working on defining exactly what it is, but I think Dean Kronman and Mr. Linowitz were on the right track.

Maybe another way to tackle the question is: what would a world look like without lawyers? We have seen many examples in history where lawyers and the rule of law were not valued. I hope we all agree that, even if we still can’t describe why succinctly, we are better off with than without lawyers.

This blog first appeared on the blog of SeyfarthLean Consulting here.