Back to the past to save the future 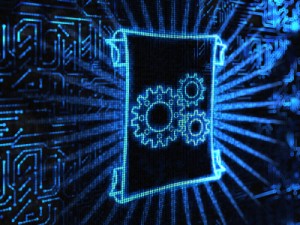 Turn your client into your online scrivener

As a new tech boom gets underway in Silicon Valley, all eyes have been on Mark Zuckerburg’s Facebook, whose initial public offering valued the social network at float at a staggering $104bn. Elsewhere, another California-based company is seeking to raise $120m, an enterprise which has taken the US legal world by storm and has been heralded by commentators as “poised to partake in one of the most significant disruptions American business has ever seen”.

That company is LegalZoom, the leading provider of online legal services to consumers and small businesses in the US.

If you haven’t heard very much about LegalZoom then don’t worry, I expect you soon will. The company has announced that it will be launching in the UK at some point in 2012. The funds being raised through public listing have been partially earmarked for ‘international expansion’, propelling the company across the Atlantic and into direct competition with law firms in this country. Solicitors should be paying close attention to what is happening in the US, where the competitors of tomorrow are raising capital and beginning to set their sights on our market.

Having already received $100m of venture capital, LegalZoom claims it has emerged as the most widely recognised consumer legal brand in the US. It has achieved this by a barrage of flashy advertising across all media. Cable and web channels across the country regularly broadcast adverts featuring company spokesman and celebrity attorney Robert Shapiro, the lawyer who led the team that successfully defended OJ Simpson in the notorious ‘trial of the century’.

These slots feature satisfied customers speaking enthusiastically about the wills, powers of attorney and company formations they have been able to generate by visiting the LegalZoom site.

Each advert concludes with Mr Shapiro declaring that “at LegalZoom we put the law on your side”. This phrase neatly captures the ethos of the company – that many consumers and small businesses feel alienated by the high prices, complexity and inaccessibility of the legal market and will accept an alternate solution more attuned to their needs.

The LegalZoom model is to drive consumers and small businesses to their website. Here they can choose a legal document and enter their details via an online Q&A. A customer service operator then accesses the client’s details and uses them to produce the document using the company’s templates. This document is checked by the customer service operator for grammar and consistency.

No legal advice is provided due to unlawful practice of law restrictions in the US since LegalZoom is not a law firm. The US has a far more protected legal services market than the UK and generally there is no concept of unreserved activities.

The document is then printed and packaged for the customer and delivered with final instructions. This model provides customers with a low-cost DIY service which is very limited in scope but which is cost effective and addresses the basic needs of most individuals. The fact is that it’s ‘good enough’ for most customers.

How popular are these mass market legal services? The results so far speak for themselves. Over the course of its 10-year history LegalZoom says it has served over 2m customers. Most of these sales have occurred in recent years as the market for self-help legal services has begun to emerge.

In 2011, 490,000 orders were placed on the company’s website and, if sustained, this type of growth represents a significant challenge to traditional models of delivering law.

However, delve deeper into the LegalZoom business model and it looks less robust. LegalZoom’s growth has come at a considerable cost. In 2009 and 2010, total costs and operating expenses exceeded turnover. Even in 2011, their most successful year, after being in business since 1999 LegalZoom only made an operational profit of $6.2m on turnover of $156m. The reason for this low out-turn is two-fold: high servicing and general administration costs, and high marketing costs. Overall, margin was around 4% after all these costs.

What is striking is that compared to LegalZoom, the approximate 20% margin most law firms currently make does not seem too bad (even taking into account notional partner salaries); in fact it seems positively healthy!

So why should UK law firms worry about new entrants like LegalZoom entering into the legal space? The lesson to be learned from the US is that a well-capitalised organisation can make a significant impact in the high-volume, low-cost business of providing basic consumer and business legal services.

Whilst LegalZoom’s profit margin right now is wafer thin, it is presumably staking its valuation of the business on impressive revenue growth (29% in 2011). It will also bring down its marketing costs as its brand becomes more established and it will certainly make inroads into reducing the cost to serve its customers.

Furthermore, organisations like LegalZoom will inevitably put a downward pressure on pricing in the legal services sector as a whole, impacting a range of services including wills and probate, divorce, bankruptcy, employment and general advice. I predict that, based on what has happened in the residential conveyancing market, in five years’ time the same job currently performed by fee-earners may well have to be done for about 35% less, thereby putting further pressure on a law firm’s margin.

Responding to the challenge

So, how should law firms respond to this challenge? What can they do to ensure they continue to be profitable? I believe law firms need to take a close look at the way they deliver services and move away from the traditional model, to one more in line with these new entrants.

In the traditional model of legal services delivery, valuable lawyer time is often tied up in generating routine and mostly standardised documents and forms. Whilst LegalZoom has made inroads into speeding up document production by using an online Q&A process, it nevertheless remains a part-manual process with customer service operators involved in generating the documents.

At Epoq, we had to figure out a way of delivering hundreds of thousands of document services at a fraction of the servicing cost that LegalZoom incurs in order to support our 33 brand partners. These partners provide our online legal document preparation services, often free of charge, as part of a product their customers have already bought from them – home insurance, for example.

The way we achieved this was through developing technology which allows the ‘backsourcing’ of the work required to generate a draft document or form. By ‘backsourcing’ we mean outsourcing the work back to the client and getting them to input as much of the data required to generate a document as possible. The technology we developed was Rapidocs, a collaborative document automation technology designed to squeeze out cost and increase margin in the delivery of everyday legal services. The system uses online questionnaires which can be easily completed by the user to create a detailed draft document.

How can this ‘backsourcing’ model benefit law firms? If the legal profession is to move forward and cope with the onslaught of organisations like LegalZoom, then expensive lawyer time needs to be ‘backsourced’ and withdrawn from this type of work. Solicitors can then concentrate on the more highly bespoke elements and delivering the individual expertise which is critical to high service standards and reduced costs.

What is needed is a fundamental shift in where fee-earners’ time is spent, moving their focus back to the areas where the solicitor actually adds value, which is not drafting standard documents.

Perhaps the most dramatic way of demonstrating the effect of ’backsourcing’ is to take a typical service provided by a high street law firm. Let’s say a married couple is advised by a fee-earner that they each require comprehensive wills, which include dealing with routine elements of tax advice and lasting lasting powers of attorney.

If, as an example, we take the normal fees of a north London firm for a pair of wills and powers of attorney of £900 and assume client instruction and drafting time of around three to four hours, this means that the recoverable hourly rate would typically be £225-£300. If we then take this example, except ‘backsource’ the drafting work to the client (Epoq’s legal team takes an average of 47 minutes for such a matter) the recoverable hourly rate would increase to £1,159 per hour – probably more than Clifford Chance!

This clearly demonstrates the advantages of a model where technology does the routine work and fee-earner time is freed for other more important matters. There is no denying that it’s culturally challenging for law firms to think and operate this way, but there are firms we are working with that have already started that process and are moving in that direction.

Solicitors may want to reflect on the way the legal professions were organised in the dim and distant past, with scriveners drafting boiler plate and attorneys (later becoming Solicitors of the Supreme Court) adding the real value to their clients. In the 21st century, the client can become the scrivener with the aid of ‘intelligent’ tools, leaving solicitors to add the real value. Why not turn your client into your own scrivener but working for you for free?

Mass-market providers will inevitably impact on the UK’s legal services market, but if firms learn how to work smart and ‘backsource’, then the likes of LegalZoom will have a real fight on their hands. In the words of Men in Black, it may have to be “back to the past to save the future”.