A SLAPP in the face – but is there a fundamental paradox? 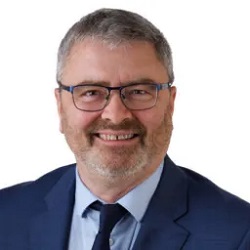 Ellor: Lawyers should be free to act for whom they wish

The allegation is that strategic lawsuits against public participation (SLAPPs) are used by the rich and powerful to protect their reputation and to gag those who would expose their unsavoury path to enormous wealth to public scrutiny and ridicule.

It is often the case that investigative journalists and whistleblowers find themselves on the wrong side of such actions. Politician David Davis referred to such cases as “lawfare”. SLAPPs are used as a weapon whose destructive power lies in the substantial legal costs those on the receiving end have to incur and often personally cannot afford.

Such actions are by their nature intimidating and used to silence critics and stifle public debate. The claim itself may be spurious and of no legal merit but you cannot choose when you are selected to be a defendant, especially if a Russian oligarch with unlimited funds has you in his crosshairs.

These types of claim are currently very much in the spotlight in the context of Vladimir Putin and the sanctions imposed on him and his generally perceived coterie of billionaire kleptocrats.

Certain MPs have recently stood up in Parliament and used their parliamentary privilege to vent their outrage against those in the legal profession who act for these Russian oligarchs. Certain law firms and indeed individual lawyers were named and shamed, questioning their morality and terming them as amoral.

So, is such criticism justified?

Ironically, if such MPs had repeated what they said outside the confines of Parliament, they might well have found themselves on the receiving end of a claim in defamation; exactly the type of claim they were railing against as being used by the rich and corrupt to gag their critics.

What they said might chime with the current sentiment of public opinion and the prosecution of an unjust and unwarranted war waged on a free and democratic Ukraine by a dictatorial autocratic Russian aggressor, but on closer scrutiny there would appear to emerge a clear and fundamental paradox.

Great Britain enjoys the freedoms and democratic rights of a sophisticated and advanced western nation. We have free elections, freedom of the press, freedom of assembly, freedom to demonstrate, freedom to protest and freedom to litigate. These freedoms apply to all its citizens, regardless of where they might have come from, their creed or political allegiances.

The British legal system and its judiciary are the envy of the world and rightly so. It is no coincidence that international litigants choose the English courts. The rules of court are highly sophisticated and cater for the swift despatch of vexatious or unmeritorious claims.

A litigant has the right to choose whomsoever he wishes to represent him. The law is and should be atheistic as to a litigant’s character or past when it comes to assessing the merits or otherwise of a claim.

It is up to the litigant, through his lawyers, to prove his case both factually and legally. Thus to label a lawyer who chooses to act for an individual, no matter how unpalatable that individual might be, as amoral wholly misses the point and is misguided. An ‘unsavoury’ litigant can still have a valid cause of action just as a ‘savoury’ one can.

Criminal lawyers routinely act for ‘unsavoury’ clients but are not called amoral. It is the job of the prosecution to prove their case and not the defendant to prove their innocence.

If an investigative journalist makes an unfounded allegation, then he should rightly run the risk of being sued.

If the court of public opinion is permitted to condemn a man who happens to be Russian and rich and who may or may not have links to Vladimir Putin as being outside the confines of those able to seek access to justice, then this would mirror exactly the kind of behaviour that is anathema to all advanced and liberally minded democracies.

Lawyers should be free to act for whom they wish. Such decision is not taken in a vacuum and there are laws and regulations restricting a lawyer’s ability to act, such as those relating to money laundering. But no rules exist that prohibit a lawyer from acting for a person based on the press’s opinion as to the category that person is perceived to belong to.

Surely this way leads to the same type of discrimination and abuse of which the likes of MPs Bob Seely and Ben Bradshaw complain? That really would be a slap in the face – for justice.