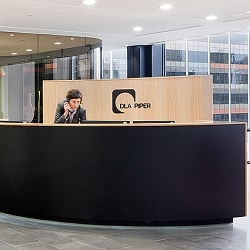 DLA Piper: Claim to go ahead

Applying principles of Russian law, David Edwards QC, sitting as a High Court judge, said that an arbitration agreement between Premier Cruises Ltd (PCL) and DLA Piper Russia did not apply retrospectively to the subject of the negligence action.

PCL entered into a contract with a Croatian shipyard, Brodosplit, in June 2013 for the construction and purchase of a cruise liner to be called Volga Dream II. The delivery date was March 2015 and the purchase price was €20m.

The judge said the relationship between the shipyard and PCL deteriorated when, towards the end of 2014, the shipyard sought to postpone the delivery date.

With advice from DLA Russia, under what PCL says was an implied retainer, PCL sent a notice of rescission to the shipyard in April 2015.

The shipyard responded by alleging that PCL did not have a contractual right to terminate the shipbuilding contract and PCL had failed to pay the fifth instalment of the purchase price.

DLA Russia then contacted the law firm’s London office and a formal engagement letter was sent to PCL, including an arbitration clause for all disputes and disagreements arising under it.

Hill Dickinson, the shipyard’s solicitors, commenced arbitration proceedings later in 2015 and, following a hearing in London in May 2016, the tribunal ruled that PCL must pay the fifth instalment and compensation. PCL paid the shipyard €4.4m in July 2019.

Delivering judgment in Premier Cruises Limited v DLA Piper Rus Limited and another [2021] EWHC 151 (Comm), Mr Edwards said PCL claimed it had been given negligent advice by DLA Russia between December 2014 and April 2015 in relation to the termination provisions of the shipbuilding contract and in drafting the notice of rescission.

PCL’s claim against DLA UK was for negligence from May 2015 in failing to advise PCL of the risks in defending the shipyard’s claims. The damages claimed was “in excess of €12m”.

Mr Edwards said DLA Russia applied for a stay of the claim under section 9 of the Arbitration Act 1996, relying on the dispute resolution section of its engagement letter.

Meanwhile DLA UK, which was not a party to the arbitration agreement, applied for a case management stay.

The judge said that, under section 9(1), a party could apply for a stay “in respect of a matter which under the agreement is to be referred to arbitration”.

He said “matter” had been defined as “any issue which is capable of constituting a dispute or difference which may fall within the scope of an arbitration agreement”.

The question was whether the agreement extended to “advice allegedly given and the work allegedly carried out” by the law firm before the engagement letter and arbitration clause, which was governed by Russian law, came into effect.

The High Court heard expert evidence from two Moscow lawyers on the principles of construction applicable to the arbitration agreement – both managing partners of Russian law firms.

Mr Edwards concluded that “the matter which is the subject of the present proceedings against DLA Russia” was not within the scope of the arbitration agreement. He dismissed DLA Russia’s application for a stay.