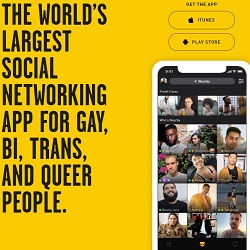 The Court of Appeal has rejected the claim that a man convicted of a sexual offence after a police officer posed online as a child was given inadequate legal advice.

Shiraaz Kureembokus was sentenced to 18 months’ imprisonment after being found guilty of an offence contrary to section 14 of the Sexual Offences Act 2003, a preparatory offence committed when the arrangements for the substantive offence of sexual activity with a minor are made.

A graduate student, he entered into a conversation on the app Grindr with a user, “Seb”, who said he was 14 but was actually an undercover police officer. Their exchanges moved onto WhatsApp, during which Mr Kureembokus made clear his sexual intentions, leading to a supposed meet-up at which he was arrested.

He pleaded guilty but told the author of the pre-sentence report that he knew sexual activity with a child under 16 was illegal, but that he thought Seb was an older person pretending to be a child.

He said he continued the conversation “out of curiosity” but denied he would have engaged in any sexual activity if Seb had, in fact, been a child.

Nonetheless, he later confirmed to the court that he was pleading guilty, only on appeal to argue again that his instructions had always been that he did not believe he was exchanging messages with a child under 16 and would not engage in sexual activity with one, meaning he did not intend to do something which would involve the commission of an offence.

He also said he was advised that, if he pleaded guilty, he was likely to receive a community sentence or a suspended sentence, which would not affect the continuation of his university studies.

He contended that the advice was wrong and had resulted in a “clear injustice”.

Mr Kureembokus waived his legal professional privilege and his former solicitors’ files showed his initial instructions were that he did not believe Seb was really a child.

Lord Justice Holroyde, giving the ruling of the Court of Appeal, went on: “However, he later accepted that he knew that Seb was 14, understood it was wrong, but was feeling lonely, was curious to meet Seb and wanted to see him for sex.

“The former representatives have also referred to a conference on 21st May 2020, at which the applicant was advised that section 14 creates a preparatory offence, which is committed with the intention that sexual activity will take place, and that the offence is complete when the arrangement is made; it does not depend upon the completed offence taking place, or even being possible.

“The applicant was clearly concerned about the consequences of a conviction for his studies, but was advised that he must raise that with his university. He indicated that he intended to plead guilty.”

Holroyde LJ said setting aside a guilty plea on the basis of incorrect or inappropriate legal advice was “a most exceptional course which will only be taken if the legal advice has deprived the defendant of a defence which would quite probably have succeeded and the court concludes, therefore, that a clear injustice has occurred.

It was “wholly unrealistic” to regard the exchange of messages as anything other than an arrangement to meet for sex and Seb’s age was made clear – Mr Kureembokus did not at any stage question whether Seb really was a child. “On the contrary, he expressed himself to be untroubled by Seb’s stated age.”

It was clear from the solicitor’s records that, while he initially said that he did not believe Seb to be a child, he shortly afterwards admitted that he knew Seb was only 14 but still wanted to meet him for sex.

“We can see no apparent reason why the solicitor concerned should have misunderstood or mis-recorded those instructions, which were the basis on which she advised the applicant to make no comment when interviewed.

“[When] given an opportunity at court to reconsider his position, the applicant maintained his guilty plea, which he must surely have understood was an admission of all the ingredients of the offence. The very words of the charge to which he pleaded guilty make that abundantly clear.

“In those circumstances, it is not, in our view, arguable that the applicant was in fact given incorrect legal advice. Nor is it possible to argue that he was deprived of a defence which would quite probably have succeeded.”

The court rejected the appeal.