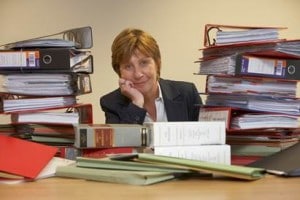 Woodcock: This was a really complicated case, but one in which we knew we had to win to secure our client the damages he deserved

A Hull lawyer has secured a landmark legal victory – which included the setting of an international precedent for future cases – by securing a German aircraft worker who lost an arm and a leg at a UK airport 750,000 euros in personal injury compensation.

The case, handled by Jane Woodcock of Neil Hudgell Solicitors, has taken four years to settle on behalf of the injured engineer, with the law firm having to battle for the case to be  heard under English law.

Having initially appeared to be a straight-forward case in terms of identifying liability, it soon became the most complicated of Mrs Woodcock’s 30-year career – involving firms of solicitors, barristers and witnesses in the both UK and in Germany, and ending in a High Court of Justice ruling in London.

The engineer, who was highly experienced and worked for the German airline, had been called to service to a tyre under the nose of an aircraft at Manchester airport when the accident happened in November 2008.

He was handed a faulty nitrogen rig by a ground handling company based at the airport – which wrongly measured pressure in BAR rather than the internationally used psi – leading to the tyre inflating to a pressure 14 times higher than expected. Standing less than a metre away at the time, the worker lost an arm and a leg when the tyre exploded.

An 18-month investigation by the Air Accident Investigation Bureau confirmed the rig used, which had been supplied by the UK firm, had been faulty, and Neil Hudgell Solicitors started representing the victim in March 2010.

However, the matter became complicated when the ground-handling company joined the German airline as a co-defendant to the claim, pointing to a signed contractual agreement between them which contained an indemnity clause in relation to liability for accidents.

This left the possibility of the case having effectively to be pursued against the German employer and to be decided under German law, which operates in a very different way with regard to employer’s liability claims.

Claims are not able to be brought against German employers unless they can categorically be proved to have been ‘grossly negligent’, which on the facts of this accident was not the case.

“Despite the severity of the injuries sustained I initially thought this would be a straight-forward case on liability, but in the end it was without doubt the most complicated of my career, involving solicitors and barristers on behalf of insurers in England and Germany, High Court hearings and much delicate and complicated negotiation,” said Mrs Woodcock.

“The crux of the matter was whether or not the case should be decided under German law, and this potentially had a huge impact not only on my client in terms of the settlement he would be entitled to, but also in terms of the repercussions for all other parties involved.”

The matter was further complicated by the operation of the German Social Accident Insurance system and the relevant German Social Accident Insurance body seeking to recover their financial outlay in relation to cost of care, prosthetics, lost earnings, aids and equipment already provided and to be provided in the future to the victim – a figure in excess of one million euros.

This left Mrs Woodcock’s client in danger of missing out on substantial damages he was entitled to under English law, but she dedicated much of the next two years to ensuring this didn’t happen, often snowed under a mountain of paperwork from all parties involved at her desk in Hull.

The applicable law argument was resolved in the High Court of Justice in London, where His Honour Judge Brian C Forster QC found in favour of her client and the English defendant, ordering that the case be determined under English law, he stressed the airline could not ‘rely upon exclusions and limitations around German Social Accident Insurance’.

With a trial date set for March 2014 for a judge to value compensation, the German airline and UK ground handling company contacted Mrs Woodcock and agreed a joint settlement, for her client totalling 750,000 euros.

They also settled with the German Social Accident Insurance, taking the total value of the case to 1.75m euros.

“This was a really complicated case, but one in which we knew we had to win to secure our client the damages he deserved,” said Mrs Woodcock.

“It has now set a precedent for future cases involving German employed nationals sustaining injury whilst working in the UK.

“In the end the two defendants came to an agreement as to how they settled the damages payable to my client and the offer came to us without saying how much each had paid.

“We were just delighted to bring the case to a successful conclusion for our client, who through his sheer determination to overcome his catastrophic injuries is still working today, and we have to say has been very well supported by his employers throughout the matter, finding him a new role and providing full support and re-training.”