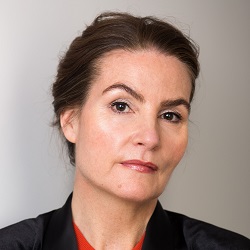 Roberts: We have to work together

More than half of ethnic minority barristers on the Northern Circuit have experienced racial discrimination at the Bar, legitimised by the “silence and inaction” of others, research has found.

Racial stereotyping was the biggest problem. “By far the most common experience reported was an erroneous assumption that the ethnically under-represented barrister was not a barrister at all,” said the report from the circuit’s race and diversity working group.

“This assumption was made by judges, other barristers, solicitors and court staff, including contractors such as security.

“Black and Asian barristers on circuit experienced racial profiling in our court buildings; they find themselves, in the minds of court staff and professionals in the system excluded as a barrister by appearance alone.”

The report was based on a survey of 622 barristers – 40% of those on circuit – as well as various focus groups. The proportions of ethnic minority barristers on the Northern Circuit are lower than the wider Bar.

An April 2021 web sweep showed that only two-thirds of chambers had complied with regulatory requirements to publish diversity data – 13% published no data at all – while only 30% of sets responded to a request to outline initiatives they had to promote equality and diversity.

The group, chaired by Winston Hunter QC, said a lack of visible diversity was “a repeated theme”.

Without complying with the equality rules, “chambers on circuit will be unlikely to identify any disparity between their members and the communities they serve” or take steps to address it.

Overall, 55% of barristers from ethnic minorities on the circuit reported experiencing racial discrimination at the Bar, a “marked” if small amount of which came from the bench.

The report found “little evidence” to suggest that there had been a “strong focus” by the circuit’s executive as well as individual chambers on diversity and inclusion.

“The experience of practitioners on circuit from Black and Asian backgrounds in 2020/2021 is that they are experiencing discriminatory attitudes based on race in terms of access to opportunities for work, the attitudes of their fellow professionals, and their experiences in court and at formal and informal social events.

“In addition, there is a lack of effective procedures that such grievances can be expressed and resolved.”

The group, set up last year in light of the Black Lives Matter movement, noted that the circuit did not reflect the “rich diversity found in the region”; particularly in areas of practice such as commercial, chancery and private client work, the circuit had achieved “very little progress towards diversity over several decades”.

Commercial solicitors told it that this prevented them from meeting institutional clients’ demands to demonstrate diversity in instruction, “leading to a loss of work and inhibiting potential expansion in this field of work on circuit”.

The group suggested that its findings would probably be similar on other circuits, but this should provide “no comfort for a circuit that is, in numerical and geographical terms, one of the largest, and in respect of which values of friendliness, inclusiveness and progression based on merit are believed to be cherished”.

More positively, it found a “strong desire” on the part of members of the circuit to become involved in efforts to improve the situation, as well as willing partners from groups such as the Black Solicitors Network, as well as universities.

“It is clear practitioners look to the circuit for direction and perceive the Bar Council as London-focused and less relevant. The power of the circuit as a vehicle for driving change… should be harnessed.”

While more than half of Asian barristers said they had observed racial discrimination, only 16% of White respondents said the same.

The group identified a theme throughout the evidence it saw of “a culture on circuit of members legitimising racism through silence and inaction”. This in turn discouraged those who experienced it to speak up.

“As a profession which professes to act without fear or favour in advancing the cause of our clients, it is importance now to do so for each other.

“Promoting a zero-tolerance approach to racist behaviours or language through circuit, chambers, court buildings and in all of our dealings is a minimum requirement.”

Multiple respondents cited the Bar mess “as a place where they have experienced intolerance based on race, religion, sex and sexuality”, and especially the practice that has developed of “mocking the names” of ethnic minority barristers.

“Some ‘jokes’ in speeches are racist and offensive; this was reported as having occurred as recently as the Christmas mess in 2019.”

Not all of the experiences were capable of being dated but the group said there were enough reports from recently qualified barristers to “conclude that racially discriminatory behaviour is currently present on this circuit”.

This fed into the feeling expressed by many students “that the Bar is not open to the aspiring barristers from ethnically under-represented groups”.

As a result, “the general impression given was that Black and Asian students do not feel that they will be welcomed,” the report said.

“Many could not see a reflection of themselves in the members pages of our websites. They cannot afford to invest every penny that they have saved to pursue what they perceive to be a remote prospect of success, and some have had their confidence knocked by their experiences to date.

The group made 17 recommendations about how the circuit should go about improving the situation for ethnic minority barristers and students, including: the creation of an equality and diversity sub-committee with the resources that recognise “the importance of the task”; a “far more visible programme” of education and learning; a sub-committee to review the Bar mess specifically; and a pupillage fund and a formal programme of mini-pupillages.

“[They] will undoubtedly create challenges for the circuit, its members and chambers,” she said. “However, the executive committee and I are committed to take up that challenge.

“It is clear that we will only achieve serious change if we work together. The experience of the working group has been that there is a strong desire on the part of the practitioners on this circuit to involve themselves in making a difference.”

The report was one of the sources of information drawn on by the Bar Council’s race working group for its recent call for targets to bring about changes.