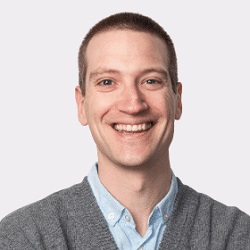 A law firm based in Bristol will auction two and a half hours of chargeable time next month in the form of three unique cryptocurrency tokens.

Will Foulkes, associate director and head of blockchain at Stephenson Law, said the sale of non-fungible tokens (NFTs) was the first by a law firm in the UK and if it went well, the idea could be “rolled out more widely”.

Mr Foulkes said that the main intention of the auction was to show that the law firm was “engaging with the blockchain and not just sitting there” and understood the technology clients were using.

He said the uses of NFTs were only now “really being discovered” after their development to create unique representations of digital art.

NFTs were now being used to trade collectable items such sports cards, tickets to special events or as a token advertisers could buy to get airtime on a popular website.

Mr Foulkes said the starting price for an hour of his time at the auction in two weeks’ time has been set at £300, similar to his current hourly rate.

The starting price for an hour with his colleague, head of FinReg Gareth Malna, would also be £300, while a half-hour one-on-one with the law firm’s founder and chief executive Alice Stephenson would begin at £250.

Three separate NFTs would be auctioned as crypto-art tokens for a total of two and half hours of advice.

Mr Foulkes said the platform for the sale would be OpenSea, which had more than 95% of the NFT market and was similar in some ways to eBay.

“This is a new way for law firms and others to generate revenue,” he said. “It allows you to get money upfront.”

Mr Foulkes said Stephenson Law, which employed around 30 staff, already had a subscription service where clients paid monthly for a certain number of hours.

“We see this as working in a similar way to other payment methods. Hopefully people will go for it. We’ll have to see. I have no idea – ask me in two weeks.”

Mr Foulkes said it was hard to advise on cryptocurrencies because “the law has not been written yet and there is virtually no case law”; he said he was in regular contact with the Law Commission’s digital assets team.

He did not think there was anything “ethically wrong” with allowing high bids for the firm’s NFTs, but if there were “ridiculous bids” the money could be given to charity.

There would be limitations on how the tokens operated. They would not give customers the right to say when they accessed the lawyer and it must be at “a time that works for everyone”.

Mr Foulkes added that the firm’s expertise with the blockchain and cryptocurrencies was bringing in big clients, in particular film studios.

Studios had “huge catalogues of intellectual property” in terms of images and artwork which could be captured and sold as collectable items through NFTs.

“Clients are aware they are operating in a space where regulation and the law have not been firmed up, but the situation can be managed.”

Alice Stephenson will be speaking at the Legal Futures Innovation Conference on 16 November.