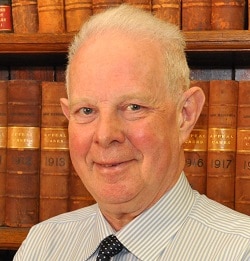 The Welsh Government should develop and implement as soon as possible a detailed strategy to “reinvigorate the rural and post-industrial legal sector” in Wales, a major report has recommended.

Also, legal technology and the business of law should be studied by all law students in Wales, while every qualified lawyer in the country should be given regular training to bring them up-to-date with Welsh law.

These were among a raft of recommendations contained in a massive report published yesterday by the Commission on Justice in Wales, chaired by the former Lord Chief Justice Lord Thomas of Cwmgiedd.

In its 555-page report the commission unanimously called for responsibility for civil and criminal justice to be transferred from the Ministry of Justice in London to the Welsh Assembly.

This was essential so it could be properly integrated into policy areas currently devolved to Wales, such as education, health and social welfare, the commission argued.

While regulation of the legal profession should remain with the Solicitors Regulation Authority – so Wales did not have to bear the burden of the cost – several immediate steps should be taken to raise law to the status it had in other UK nations.

These included the appointment of a Welsh judge to the Supreme Court, a collective drive to boost the legal profession in Wales, and moves to improve access to justice – including to digital court services.

In the longer run, changes should include a full transfer of the funding for the justice system, a unified administration of justice in Wales on similar lines to courts and tribunals in Scotland, and the Assembly should be empowered to create a separate judiciary up to the level of the Court of Appeal.

The commission identified a “growing gap between larger predominantly commercial practices based principally in Cardiff and Swansea and other legal practices in the rural and post-industrial areas of Wales”.

It said the small size of many of these firms, the ageing profile of practitioners, the difficulty in training and retaining talent, the need for continuing professional development and keeping pace with legal technology “are all issues which have a significant impact on the sustainability of firms”.

This was on top of legal aid reforms, the closure of many local courts and other changes to the justice system, as well as increasing competition from alternative legal services providers.

It was clear, the report said, that there was “a general lack of appetite” on the part of lawyers to join many legal practices at junior and partner level in rural and post-industrial areas, “due to poor economics, potential liability issues and the lack of prospects”.

Relatively few firms in Wales have converted to limited liability partnerships, the report found, meaning that “a number of practices are thought to be effectively unable to cover their run-off insurance for potential liabilities and unable to attract successors. This extends to firms being acquired by others”.

This was creating “a barrier to succession planning”, with “fewer viable legal practices” reducing choice for consumers and impacting on access to justice.

Collaboration with other professions, fee-share arrangements for referrals work, and other “innovative approaches” could help smaller legal practices, the commission said.

The strategy to reinvigorate rural law firms should also cover establishing a ‘legal academy’ to encourage the development of leadership skills, “particularly an understanding of inspirational ideas and innovation, and of technology”, and better business training.

Other ideas included a mentoring and coaching scheme, a “matching service” for firms looking to merge, succession planning by trained facilitators, and “legal hubs” across Wales to provide access to resources to support firms, including specialist legal business consultants.

The commission was also concerned about the impact of the current situation on student employment prospects.

An honourable exception, whose example others should follow, was Swansea University. Its law school’s initiatives “include coding training for law students”, the report noted.

It also regretted the fact that “Welsh legal practices do not at present have sufficient capacity to develop or acquire new technologies” and cited a study that said  “in the private sector the adoption of technology ‘barely exists’ in Wales”.

One solution was that universities should revise their curricula to introduce the teaching of lawtech. It advised: “Lawtech should be taught to all law students and the professions across Wales.”

Equally, all law schools in Wales should unite to form a ‘Law Council of Wales’, the commission recommended, “to encourage research and collaboration”.

Wider reforms to the legal sector included the Welsh government providing fully funded apprenticeships to qualify as legal professionals. The commission hoped this would help reverse some of the effects of LASPO, which it said had hit Wales disproportionately hard.

The example of the success of Belfast in attracting inward investment by a number of law firms was highlighted by the commission, which suggested the Welsh government should also attempt to attract investors, “especially with establishing a technology-based near-shoring centre as an objective”. This was in line with the recent Jomati report which fed into the review.

Similarly, if the various elements of the legal profession and academia collaborated, they could “develop and promote the capabilities of the legal sector, promote South Wales as a legal centre and increase the export of legal services”.

Law schools should not neglect Welsh law, which was evolving all the time as distinct from English law. “It is crucial that Welsh law is taught to undergraduates in Welsh law schools,” the commission urged.

It added that the same was true for fully fledged lawyers: “In our view it should be a basic responsibility of the Law Society in Wales… to provide regular training sessions on Welsh law to ensure practitioners are appropriately knowledgeable and up-to-date.”