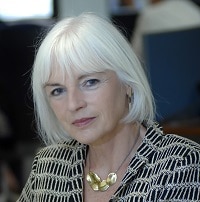 The number of law firms shut by the Solicitors Regulation Authority (SRA) increased by more than a third last year from 37 to 50, figures from the regulator’s annual review have shown.

Having welcomed a dip in the previous year’s figures as a sign that the impact of the recession was fading, the regulator reacted calmly to the recent increases.

“Although the number of interventions we carried out increased, it is still around the historical average for the past five years,” it said.

The regulator highlighted the cost to the profession of dubious investment schemes.

Most of the interventions, 29 of 50, were prompted by suspected dishonesty, with a similar number involving general rule breaches and breaches of the accounts rules.

A significant minority of the closures, 14, involved breaches of the indemnity insurance rules.

The number of solicitors struck off by the Solicitors Disciplinary Tribunal (SDT) went down last year, from 75 to 59. Fines (57) and suspensions (18) increased, but only slightly. Regulatory settlement agreements with agreed outcomes also fell, from 23 to 12.

Of the almost 12,000 reports of possible misconduct received by the SRA, over 2,000 were complaints of incompetence, negligence or delay. The next biggest categories were taking unfair advantage of a third party and theft of a lawyer or firm’s ID.

For solicitors and their firms, ID theft was the biggest issue, with 470 reports to the SRA, followed by breaches of confidence, and incompetence, negligence and delay. There were 216 reports of possible money laundering.

Half the calls were from members of the public, 56,000 from law firms and solicitors, and 34,000 involving education and training.

In her foreword to the report, Enid Rowlands, chair of the SRA, highlighted the issue of dubious investment schemes.

“In the past year, we have issued two warning notices about the growing threat of solicitor involvement in dubious investment schemes, which have cost the public more than £100m,” she said.

“The very few firms involved risk harming the confidence people place in the profession, so we take robust action when we find such schemes operating.”