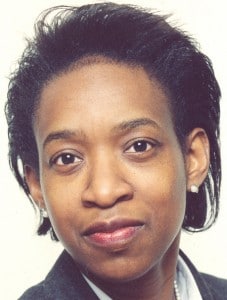 Brown: number of affected firms may be small but impact of decision will be great

The board of the Solicitors Regulation Authority (SRA) today pushed ahead with reforms to the assigned risks pool (ARP) despite the threat of a legal challenge from the Black Solicitors Network.

March’s “in principle” decision to close the ARP to new firms and halve the length of time firms can spend in it to a year was confirmed after the board considered a full equality impact assessment.

The assessment concluded that while both proposals had a potential adverse impact on race equality, they could nonetheless be justified in the wider context of the need to reform the ARP if specified measures were taken to mitigate the adverse impact on black and minority ethnic (BME) firms.

These included more support for new firms at risk of entering the ARP, more support for the Sole Practitioners Group to promote the guidance it can offer, ensuring firms in the ARP are risk assessed and appropriate action taken more quickly than now, and publishing objective criteria for the exercise of discretion as to whether ARP firms can stay in the pool for a second year.

In a letter seen by the board before it voted, Black Solicitors Network chairwoman Cordella Bart-Stewart argued that the board had a “positive duty” to exercise discretion in favour of a group disadvantaged by SRA proposals and not make these changes.

She said the last indemnity renewal season had “thrown up prima facie evidence of discrimination by the insurance industry, in our view sufficient for a referral to the EHRC [Equality and Human Rights Commission]”, continuing later: “Currently it appears that no matter how good a business plan, a BME solicitor with an Asian or African sounding name, first qualified abroad who wants to service their community by offering immigration and crime, will have difficulty finding insurance.”

Her letter concluded: “I have held a full practising certificate for over 20 years. Sadly the confidence that I and many of my fellow BME practitioners feel in both our regulator and our representative body is possibly at its lowest ebb. If these changes proceed at this time, we will consider all possible options, including legal challenge.”

The assessment indicated that numerically few BME firms would be affected: during 2009, 14 of 171 new BME firms went straight into the ARP (compared with 11 out of 888 new ‘white’ firms), leading one lay board member, Sara Nathan, to say that the scale of the problem was “considerably less” than she had realised when expressing concern at the March meeting.

However, board member Yvonne Brown – a former chairwoman of the Black Solicitors Network herself – repeated her criticism from March (see story) that the assessment provided no explanation as to why the disproportionate impact was occurring. She told the meeting that while “the numbers may be small, the impact will be great. It sets a precedent that we are effectively condoning actions that we cannot explain. Our own risk assessment of these firms does not show they are necessarily more costly, dangerous or risky than comparative white firms”.

Mark Humphries, who chairs the financial protection committee which oversees indemnity matters, said the decision to close the ARP off to new firms was not taking away the livelihoods of those solicitors involved – they still had other options, he said. All the board was saying is that it would not effectively force insurers to take a risk that they had chosen not to take when given the choice, he explained.

Lay member Stephen Whittle added that the board’s duty to promote equality had to be balanced with the duty to protect the public, indicating that in this case he thought the latter prevailed given the mitigation measures proposed.

Ms Brown was the only board member to vote against confirming the March decision.