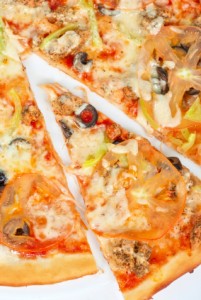 A marketing group that is set to link wedding planning, cosmetic dentistry and ultimately a pizza chain, is aiming to create “the largest legal brand in the UK” with an annual advertising spend of £6m by early next year.

Pure Solicitors, the brainchild of marketing entrepreneur, Mike Mazza, who has wedding planning and ‘beauty wigs TV’ businesses, is understood to be arranging meetings with law firms with the ambition of signing up 1,000 within six months.

The initial monthly fee would be £500 for the first six months, with no tie-ins, and £1,500 per month thereafter – or £18,000 year, a third of which would go towards marketing – and a franchise agreement. Under the agreement “you change to Pure Solicitors brand, but your name is still your name”. Marketing would include national TV advertising.

The project, if successful, would vie with the QualitySolicitors network of high street firms to generate consumer recognition of a national law firm brand, in order to help solicitors compete with household names entering the legal market. Although profit making, Pure’s business model has similarities with eLawyers, the co-operative personal injury group marketing scheme launched earlier this year.

If it reached its recruitment target, the venture would also be more than four times larger than Dynamo Legal, the self-styled “legal superbrand” being developed by former The Apprentice contestant Alex Mills, which is seeking to build a network of 245 member firms and a £7m warchest.

If all goes to plan, it is claimed that Pure-branded firms – enjoying exclusivity within their town or postcode – would benefit from a £6m annual joint marketing budget, conveyancing and wills and probate ‘cross referrals’ from the group’s wedding planning business, collective purchasing schemes, and a national call centre distributing enquiries.

Mr Mazza, who is registered owner of the internet domain puresolicitors.com, estimated that across the group there would be some £48m spent a year, meaning buying power to secure group discounts on everything from professional indemnity insurance to photocopiers.

An e-mail introduction flyer from Pure Solicitors said the company offered “law firms the opportunity to join forces using our brand and marketing expertise to create a leading name within law… [and] deliver a true national first class legal service to consumers and companies”.

Mr Mazza, who said he has been a “dot com entrepreneur since 1993” and is executive director of a Sky TV show, Harley Street Beauty, told Legal Futures that nothing short of a national brand was sufficient to compete with big name entrants to the legal market.

He said he was simultaneously developing a cosmetic dentistry brand, Pure Smile Dental. Eventually the Pure brand would include a pizza chain. He claimed his wedding planning business, Pure Wedding World, was already advising 4-6,000 brides-to-be each month after just three months in operation.

Describing Pure Solicitors as a “speedy proposition” which was begun only last week, he claimed he had 35 people “on the ground” visiting solicitors and “a team of 25 on the ‘phones”. He expected to have “70 or 80 appointments” booked with solicitors’ firms this week, he said.

An important part of the Pure brand’s offering was internet search engine optimisation (SEO), with which he had 18 years’ experience, he said. “One thousand firms can’t all be in 10 positions on Google on the first page. With one website you can – that’s the model.”

Pure Solicitors would take no money in the first six months, with all £500 from solicitors going directly into marketing the brand, said Mr Mazza. “We prove ourselves first… After that, we then sign a franchise agreement and then you can change your signage. Once we’ve created a brand in six months, you’re going to want passing trade from the street seeing the Pure brand and coming in because they’ve seen it on TV or seen it in the newspaper, or something like that.”

He said that after the company had signed up with 100 firms it would have a public launch and expect “a snowball effect” of other firms joining, with the eventual objective of signing 1,200.

He added: “That’s one in every town in the UK and with 1,000 firms we’ll have a £6m a year marketing budget, which is enough to generate lots and lots of clients for everybody and we make £1m a month of which probably 90% is profit [going] into the business. So it’s a massively profitable proposition for us. But it’s the same for everybody else. All we are is the glue.”

Mr Mazza did not elaborate on firm selection criteria or arrangements for expulsion from group membership when necessary. The email flyer said: “We are offering the right firms an opportunity of joining forces with other like-minded firms”.