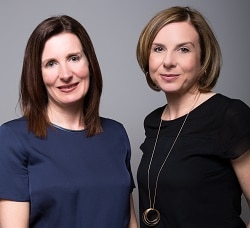 ‘Silver splitters’ are finding their way to a pioneering online divorce service, which uses divorce coaches instead of lawyers as part of its goal of making the process as painless and low-cost as possible.

Amicable App, launched in January this year, has recently raised £473,000 from a range of angel investors.

The app was launched last year with the aim of helping people reach an amicable divorce, save on legal fees, divide assets and make arrangements for children. It then added access to advice from divorce coaches.

Kate Daly, divorce counsellor and co-founder of Amicable with Pip Wilson, told Legal Futures that the investment would enable them to increase the number of divorces the service handled from 120 this year to over 600 next year.

She said most of the divorces handled so far by Amicable involved couples with children, but the number of ‘silver splitters’, couples over 60, using the digital service had come as a “complete surprise”.

Ms Daly said that many of them appeared to find the service after putting the phrase ‘amicable divorce’ into Google.

“After being married for that long, the idea of having a divorce which is not amicable is anathema to them,” she said.

“They don’t have children to worry about – there’s no need for a desperate fight for survival. They are genuinely sad and want to move on with their lives, but don’t want to leave a trail of devastation. We are a natural home for them.”

Ms Daly said the divorce service was a response to what customers had asked for after using Amicable, a free app which had achieved “thousands of downloads” in 52 countries.

“This is not about the app any more. We are doing what our customers wanted and raising money for the divorce service.”

Divorce coaches come from a wide range of backgrounds, and include paralegals, relationship counsellors or those whose knowledge comes purely from handling their own divorce.

They could also be lawyers, but must be non-practising since Amicable is an unregulated firm.

Ms Daly said Amicable employed five divorce coaches and would be recruiting more to reach its target of 600 divorces, but much of the work would be done by technology.

Around half the money raised by Amicable from its second funding round will be spent on technology.

Ms Daly said a customer-facing portal was gradually being created, where people could follow the progress of their divorce and get help when required. She said Amicable was using a “not dissimilar model” to online estate agency Purple Bricks.

“It’s about getting the technology to do the hard work and administrative work, while the divorce coaches do the value added. We’re not going to dictate to people when they get access to a human.

“The aim is to help people create a divorce package, and one thing we’re passionate about is fixed prices.”

Ms Daly said the other half of Amicable’s latest funding round would be used on marketing, mainly pay per click, though there would be some more traditional PR in the New Year.

“The most exciting thing for us is meeting the demand from members of the public. With this latest investment, we’ve got some very experienced angel investors working with us. Our targets are fully achievable.”