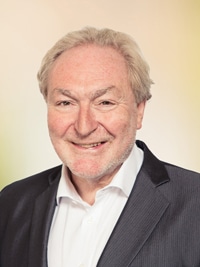 A niche health and social care alternative business structure (ABS) has incorporated as a public limited company (PLC) in a prelude to future expansion and stock exchange listing.

Ridouts Solicitors, which represents clients such as NHS trusts, GP practices, hospitals and care homes, became an ABS in early 2013. Since then the firm has grown the multi-disciplinary side of its business, including a dedicated consultancy arm which is contracted to the solicitors’ practice.

Founder Paul Ridout, whose wife Valerie is a share-holding non-executive, told Legal Futures the firm had no immediate plans to become a listed company but aimed to “present to the market in three or four years’ time, so we are getting our ducks in a row”.

The company plans to recruit lawyers, for instance specialists in employment and medical disciplinary law. Formerly a limited liability partnership (LLP), Ridouts Professional Services PLC, as the new company is known, will also move to larger nearby central London offices to provide space for expansion.

Mr Ridout said the firm had far exceeded the PLC requirements of a minimum £50,000 of share capital. The firm had £350,000 of share capital because in becoming a PLC, the LLP had “converted almost all its capital accounts… into shares in the company”. He added: “This gives us a strength of balance sheet which means we are seen as a much more viable business”.

Like the LLP that preceded it, the PLC was also an ABS. “Again, that’s getting our ducks in a row for something bigger,” he said.

He continued that the new 4,000 square feet premises, in London’s Marylebone, would accommodate the existing team of health and social care consultants and others, and give the firm “space to grow”.

The consultancy was provided to clients as “an additional service, because when people come to us wanting legal advice about health and social care issues very often they need a really good consultant to go in and run the business…

“People have been saying to me ‘I want to find somebody who is a one-stop shop, why do I have to go somewhere different?’.”

He said the PLC was “a vehicle in which we can grow the legal and non-legal [aspects of the business].”

Asked why he went to the expense of creating the PLC well in advance of seeking a stock market listing, Mr Ridout said: “It’s always good to be ready. Yes there has been a cost: we’ve employed quite expensive lawyers and accountants.

“[But] the move symbolises also having proper management accounts, forecasts – all the things that go with a proper business rather than an old-fashioned corner shop lawyers’ business.

“I thought it was good to send that message, and to get ready, and then to impose upon ourselves the disciplines that would be expected of such an organisation so that when it comes it’s not a shock.”

Mr Ridout, who was previously a partner at what are now Nabarro and DLA Piper, said that while the firm did not have an investor in mind, he hoped that publicity around the move to PLC “will help people take an interest in us”.