Investment for legal apps amid call for government support 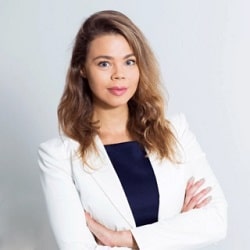 Riley: App has had huge impact

Legal technology continues to make waves through the coronavirus, with a new wills app having secured an initial £150,000 investment and The Link App announcing further backing to help it go international.

The news comes as the Law Society has urged Chancellor Rishi Sunak to ensure the legal tech companies are eligible for the new £1.25bn government support package announced yesterday to help businesses driving innovation and development through the coronavirus outbreak.

Smart Will claims to have been approached by several investors, including one from Silicon Valley in the US and to be in discussions with several unnamed law firms.

The app is already available in beta. Founder and managing director Chris Fisher said it has several features designed to appeal to younger buyers, including a low price for the sector, biometric security and even the ability to arrange for users’ ashes to be sent into space.

He ran a personal injury and financial claims company for seven years before selling it and going to work with the entrepreneur who has since pumped £150,000 into Smart Will, Matthew Sanders. It is to seek a further £300,000 of growth capital by crowdfunding on the platform Seedrs.

Part of the money raised from crowdfunding would be used to launch a “probate service and property sales service”, he said.

A single will currently costs £19, with free updates and storage of a hard copy.

Mr Fisher confirmed the company did not employ lawyers of its own and was “in the middle of building our panel and still looking to work with solicitors around the country”.

He said he was in talks with three law firms, although no agreement had been signed. Several UK investors had expressed interest, as had one from Silicon Valley.

So far, he said, while 1,500 users had registered via the app, “not all have completed their will [and] we are nurturing [them] to complete”.

Mr Fisher conceded that Smart Will may have to raise its fees at some point, as online wills provider Farewill – which launched charging £50 per will and later increased it to £90 – was forced to do by rising costs.

Farewill reported this week that demand for its online wills had risen threefold since the coronavirus crisis began and 4,000 NHS workers had taken advantage of an offer for them to draft wills for free.

Mr Fisher said: “Investment could lead to higher prices if investors are not happy with our prices, but 36m adults do not have a will; that’s nearly £700m at £19 each.”

He explained that the app was the key selling point for his product: “I think apps are a fantastic way of keeping engaged with your users.

“It’s like a bookmark and it keeps your brand in mind and the ability to send push notifications certainly is an advantage on the competition.”

The Link App, which aids communication between law firms and their clients, has received investment from a major Manchester investment body as part of a larger funding round.

Set up by solicitor Lauren Riley in 2015, the platform features a downloadable mobile case tracking and management interface that helps lawyers keep in touch with clients.

The Link App is not saying how much it has raised, but said it planned to use the money to scale the business and enhance the technology, including to help law firms convert client enquiries.

The Link App has a long-standing relationship with The Growth Company, a long-established Manchester-based not-for-profit, having been one of the first cohort on its ‘Global Scale Up’ programme.

The firm now has taken money from GC Angels, which provides angel investment from £25,000 up to £2m.

Jessica Jackson, investment director at GC Angels said: “It’s easy to see how The Link App is making a huge impact in the legal sector through its innovative technology. The product has huge potential to positively impact legal practices worldwide.”

Ms Riley added: “The funding from GC Angels has allowed our business to invest further into The Link App and expand on a global scale. We have seen the huge impact that the app has already had on our clients and we are really passionate about taking this software further to aid more businesses.”

The new government backing is made up of a £500m loan scheme for high-growth firms, called the Future Fund, and £750m of “targeted support” for SME businesses focusing on research and development.

Delivered in partnership with the British Business Bank and launching in May, the Future Fund will provide UK-based companies with between £125,000 and £5m from the government, with private investors at least matching the government commitment.

These loans will automatically convert into equity on the company’s next qualifying funding round, or at the end of the loan if they are not repaid.

To be eligible, a business must be an unlisted UK registered company that has previously raised at least £250,000 in equity investment from third-party investors in the last five years.

The government is committing an initial £250m in funding towards the scheme, which will initially be open until the end of September. The scale of the fund will be kept under review.

The £750m of targeted support for the most R&D-intensive SME firms will be available through Innovate UK’s grants and loan scheme.

It will accelerate up to £200m of grant and loan payments for its 2,500 existing Innovate UK customers on an opt-in basis.

An extra £550m will also be made available to increase support for existing customers and £175,000 of support will be offered to around 1,200 firms not currently in receipt of Innovate UK funding. The first payments will be made by mid-May.

Law Society president Simon Davis said: “This package provides a lifeline to firms driving innovation in the UK. We await further details on the eligibility criteria but we hope it will be open to innovators in legal technology – a market valued at $15.9 billion globally.

“The UK is currently a world leader in this growing market – and sectoral analysis found the adoption of new technologies is set to double productivity growth across the sector.

“Every £1 spent on legal services supports nearly £1.50 in spending across the entire UK economy, making technological innovation an important driver of wider growth.

“This scheme will go a long way to ensure the UK is able to reap the substantial rewards of technological innovation in an important area of activity. This will be vital to get the economy back on its feet following the emergency period.”

Its Swoop platform searches for copies and counterfeits of products and brands, so that they can be removed from sale in as little as four minutes.

The Glasgow-based company originally targeted SME customers but it is now used by major brands around the world.