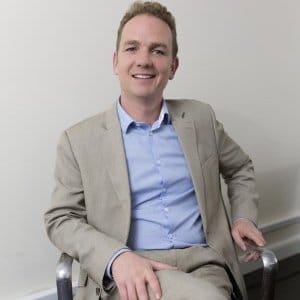 Howitt: Brexit of concern to clients

An international finance and technology law practice involved in the online gaming and electronic payments industries, has become an alternative business structure (ABS) to help its plans to grow as a group and set up offices across the European Union.

Gibraltar-headquartered Ramparts hopes to seek private investment within the next 12 months to fuel its expansion.

In a bid to attract SME clients and distinguish itself from other commercial lawyers, the firm has published a tariff of support packages for business clients.

The firm, which calls itself ‘Ramparts European Law Firm’, has offices in Gibraltar and Manchester. It was given an ABS licence by the Solicitors Regulation Authority for Rampart Corporate Support (UK) Limited, effective from 1 November. Its head of legal practice is solicitor John Pauley, previously an associate at DLA Piper.

One of three solicitor directors of Ramparts, managing director Aaron Carpenter, was head of legal services at comparison website GoCompare.com.

The ABS’s head of finance and administration, Peter Howitt, who worked as a solicitor at Reed Smith in London from 2000-2005 and founded Ramparts in 2012, is chief executive of the Gibraltar Betting and Gaming Association. He told Legal Futures that the firm “focuses on finance, financial services, and technology – within that we do commercial and regulatory work, employment, contracts, corporate”.

Mr Howitt, Ramparts’ sole shareholder, who is also a founder of the Gibraltar E-Money Association, said the ABS “allows us to have a group structure… because we want to have offices in multiple European countries”.

He said the firm’s clients were “regulated e-commerce businesses, so we support gaming companies, payments companies, and some hedge funds as well”.

A target of the expansion would be SMEs, because he believed that market was “really under-served and over-priced by law firms”. He added: “I don’t think that’s going to last. I think we’re going to see lots of firms struggle and we want to make sure that we are providing services that make sense.”

He argued the current law firm business model was “broken for regular commercial law relationships”, continuing that firms that did not publish their rates transparently were “still trying to get away with the old law firm approach, which is a secret priesthood.

“I think that modern businesses, when they go and buy anything pretty much, they can go online and see what it costs and see that if you buy more of it, it costs less. Why should it be any different for lawyers?”

Mr Howitt said the service ‘soft launched’ last month and already the firm had signed up two fintech clients to the enterprise package.

He reported that Brexit was of “concern” to his European clients, not so much the fact of leaving the EU but “uncertainty of what we are joining”.

He said: “I do a lot of work in regulated financial services and commerce where we rely upon having the same treatment or similar treatment as other European operators and countries.

“So I think for my clients it would certainly add cost if they had to set up another company outside of the UK or Gibraltar in order to benefit from passporting or freedom of services rights. The uncertainty is obviously a big disincentive for investment so it has a wider knock on effect.”