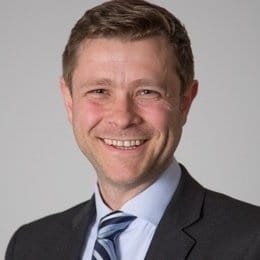 A prominent solicitor-turned-barrister specialising in insurance litigation has set up a chambers under the oversight of the Bar Standards Board (BSB), which eventually will offer litigation in addition to advocacy.

Stephen Hines, who is the vice-chairman of the Forum of Insurance Lawyers (FOIL), received authorisation for his entity, CityGate Limited in Peterborough, from the BSB this month, effective from 1 April.

Mr Hines, who exercised higher rights as a solicitor before qualifying as a barrister in 2014, has worked at well-known Peterborough-based defendant law firm Taylor Rose TTKW – currently as a consultant – since 2004.

Specialising in professional negligence, personal injury and costs litigation in particular, he told Legal Futures that as a sole practitioner he did his own “clerking, billing and administration”, which he found “refreshing”.

He offers services that extend beyond those traditionally provided by a barristers’ chambers, such as advising on claims-handling processes and procedures, and helping clients ensure compliance with service-level agreement and that they get best value.

Before launching the entity, Mr Hines said he had considered his options of “going to various firms working on a consultancy basis or even joining a chambers proper in the traditional sense”.

But while he appreciated “that the time I lose doing all my own admin… is time I could be earning money”, having been “an employee, effectively, for the last 13 years, I just wanted to see a very direct relationship between the time and effort I put in [and remuneration]”.

Mr Hines said he preferred the type of regulation provided by the BSB to that of the Solicitors Regulation Authority (SRA):

“Not wanting to denigrate solicitors, I wanted to work under the quality brand of the Bar without having to go through the rigmarole of setting up a solicitors’ firm.

“I’ve been a solicitor previously and my experience of the SRA as a regulator is that it is not as good as the BSB.

“The BSB seems to be a bit more switched on and willing and able to help you out. Even in my dealings with them before taking this step, that was apparent to me.

“I also understood that the insurance for a BSB-authorised entity was cheaper, so from a cost perspective it was a more appealing proposition than an SRA entity.”

He said he planned to “take it slow and steady”, but with a view to CityGate having employees and obtaining authorisation to conduct litigation.

He said this authorisation was more than a formality, despite his former career as a solicitor: “You have to demonstrate you have systems and processes in place to deal with litigation, diary management, and so on.

“The reason I haven’t done it yet is that really to do it properly, in my opinion having worked as a partner in a law firm, you need to have other bodies around; other people and employees.”