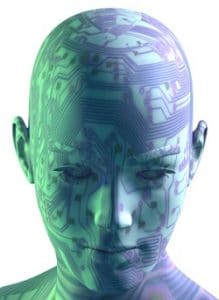 The European Union has added its voice to the growing call for artificial intelligence (AI) to be regulated, with draft ethics guidelines that underline it must be human-centric and trustworthy to be effective.

The European Commission’s expert group on AI said that, to be trustworthy, the technology had both to respect fundamental rights and values and be technically reliable so it did not cause unintentional harm.

The group claimed its first draft guidelines were different from other attempts to define ethical AI because they set out concrete proposals as well as broad principles.

Meanwhile, the EU is due to make policy recommendations on regulating AI in May 2019.

The experts said they aimed to foster “responsible competitiveness” and not stifle innovation, so people could “reap AI’s benefits”.

Concrete proposals, they said, were that innovators developing or deploying AI needed to refer to an assessment list which, while not exhaustive, should be used to give ethical guidance at every stage of the software’s lifecycle.

Key features of the list were accountability – who was responsible if things went wrong; data governance to ensure oversight; equitable design that was fair, and measurably so; that human control could be applied easily if necessary; and resilience to attack by those who meant to cause harm.

The authors concluded: “AI will continue to impact society and citizens in ways that we cannot yet imagine… [and should be] worthy of trust, since only when the technology is trustworthy will human beings be able to confidently and fully reap its benefits.”

Their hope was that Europe would “become a globally leading innovator in AI, rooted in ethical purpose”.

The judiciary in England and Wales has been outspoken that AI should operate within an ethical and legal framework. In November a High Court judge warned this was vital for AI to realise its true potential.

A month earlier Sir Geoffrey Vos, the Chancellor of the High Court, called for clients to be told whether they were being advised by a machine or a human lawyer.

In February 2017, the European Parliament proposed the legal personality for AI in a resolution, which would involve giving AI software the ability to hold property, to sue and be sued.