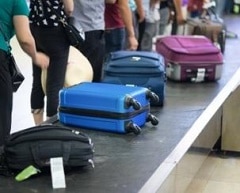 A firm responsible for pressuring people into making holiday sickness claims had its licence cancelled by the Claims Management Regulator (CMR) last week.

Preston-based Allsure Ltd had encouraged holiday-goers to fabricate or embellish symptoms of gastric illness to get compensation.

The misconduct came to light during an audit carried out by the CMR.

Kevin Rousell, head of the Claims Management Regulator, said: “We will take firm action against claims businesses which engage in serious misconduct. Seeking to encourage false claims will not be tolerated.”

The CMR’s most recent enforcement update said it had identified over 30 unauthorised CMCs operating in the holiday sickness claims market in just three months.

The CMR established a dedicated project team to monitor this controversial sector, and in April began a programme of targeted holiday sickness audits.

In the first three months, it said, over 40 CMCs have been audited or visited, and received compliance advice.

Further, six CMCs have received warnings and two are now under investigation, while the CMR identified over 30 unauthorised CMCs “and took appropriate action”, including removing the websites of six of them.

Other action taken this quarter includes working with the Solicitors Regulation Authority (SRA) and Association of British Travel Agents (ABTA) members “who have provided intelligence, information and evidence about market practices”.

The CMR has also shared intelligence with the SRA about solicitors suspected of malpractice, and formed a multi-disciplinary group “to help draw out key intelligence and agree actions from key external parties”.

The regulator has in addition met with a number of holiday companies and representative bodies to improve intelligence sharing processes and “to efficiently identify and target non-compliant CMCs”.

The CMR said it has set five compliance priorities to tackle misconduct in the holiday sickness sector:

Mr Rousell will be speaking at PI Futures, being held on 19 September in Liverpool. The conference includes a session on the rise of holiday claims. See all the details here.