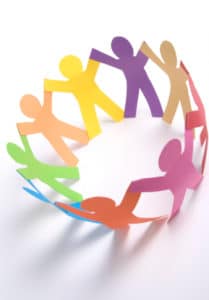 Large numbers of barristers’ chambers are flouting an obligation to publish diversity data and the Bar Standards Board (BSB) has been “unsophisticated” in its implementation of Legal Services Board (LSB) diversity rules, an influential academic has charged.

The BSB’s own website was “misleading” in its presentation of diversity statistics, he alleged.

By not requiring barristers to pass their diversity data to the regulator, the BSB – unlike the Solicitors Regulation Authority (SRA), which insists solicitors do so – was keeping itself in the dark, he continued.

The study, ‘Prefer not to say’: diversity and diversity reporting at the bar of England & Wales, by Dr Steven Vaughan of Birmingham University’s law school, also argued that the BSB’s strategy of targeting ‘high impact’ chambers to improve compliance with diversity rules was mistaken. Instead it should target small and medium-sized chambers, it said.

It found “clear instances of regulatory failure” on the part of the BSB and chambers. While large chambers (of more than 51 members) were more likely to disclose diversity data, there was “widespread non-compliance by chambers”, which were guilty of “the apparent misinterpretation of regulatory requirements” on disclosure.

“I have demonstrated a significant and sustained narrative of non-compliance by chambers with the BSB’s diversity reporting rules. This, I have suggested, is likely due in part to the complexity of how the BSB has operationalised the LSB’s statutory guidance in the BSB Handbook,” Dr Vaughan wrote. It also perhaps reflected “a lack of regulatory sophistication”.

Dr Vaughan conducted his own random survey of 160 chambers, of which 91 disclosed some form of diversity data. He measured their performance against the LSB’s reporting rule as implemented by the BSB. Among other things, the BSB requires chambers to have “a written equality and diversity policy”, and for chambers to monitor “the number and percentages of its workforce from different groups” and act to redress disparities where they are found.

Although generally barristers were good at revealing data on gender, they were reluctant to reveal their socio-economic background, caring responsibilities, sexual orientation, and disability status. Fewer than one in four volunteered the information. Barristers were given the option to choose ‘prefer not to say’ in questionnaires.

However, the academic found that chambers were markedly better at disclosing diversity information about their staff than the lawyers. He observed: “This is striking, and suggests that barristers may feel (for whatever reason) differently about diversity disclosures than the staff who work in their chambers.

“One might hypothesise that, in the hyper-privileged and hyper-traditional world of the Bar… barristers believe that anything which marks them out as different and/or as an outsider is potentially harmful.”

He suggested that both the BSB and the LSB should make rule changes. The barristers’ regulator could make the “relatively easy regulatory change… to require chambers to both publish diversity data, and to specifically comment on that data”. Meanwhile, the LSB should use diversity response rates “as one of the success criteria by which it will come to judge progress made by the legal services regulators in relation to [their statutory obligations]”.

On the diversity data contained on the BSB’s own website, Dr Vaughan was unimpressed. It was held in two separate parts of the site and a reader would find it confusing: “Varying perceptions as to diversity at the Bar could be gained depending on where a third party looks for the data and what they read,” he said.

He concluded that given the amount of data which existed, “the lack of information on the BSB’s statistics pages is misleading and arguably demonstrates a lack of transparency on the part of a regulatory body”.

By merely demanding that chambers publish workforce diversity data on their websites every three years and failing to ensure they forwarded a copy to the regulator – which the SRA requires of solicitors’ firms – “the BSB is missing an important source of information on its regulated community”, he warned. But he said this was “easily fixed with a small amendment” to its rules.

He complained that an exception to the barristers’ rules on publication of diversity data – requiring consent “if there is a real risk that the publication of the summary of anonymous data would result in the identification of an individual in respect of one or more of their diversity characteristics” – was “unclear” in the BSB guidance to chambers and exacerbated non-compliance.

Last week, the SRA dropped a requirement for small solicitors’ firms to collect diversity data annually, allowing them instead to do it every two years.