Bar investigates training on how to deal with suicidal clients 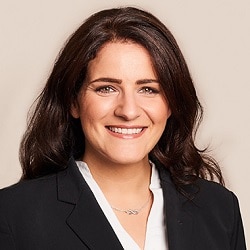 The Bar Council is to explore how to deliver training to barristers about dealing with suicidal clients after a family law practitioner related her own harrowing experiences confronting the issue.

Amanda Bewley, a children law barrister at London set Coram Chambers, started campaigning for dedicated training after encountering one client who attempted suicide during a consultation, and another who threatened to go home and take her own life that evening.

The first, a convicted paedophile on the vulnerable persons wing of the prison Ms Bewley was visiting, whose wife had left him and put their child up for adoption, tried to kill himself in front of her.

The barrister called the guards, who managed to save his life. Writing on the wellbeingatthebar.org.uk website, Ms Bewley said her thought at the time was “that I did not want to watch someone die”.

She added: “I was completely shaken by the incident and had disturbed sleep and unwelcome images… dogged me for the days and weeks that followed.”

Less than a fortnight later, another litigant with mental health issues expressed suicidal intentions near the end of a five-day hearing at which a local authority was seeking orders for her child to be placed for adoption.

Ms Bewley agreed with the suggestion that judges and solicitors could benefit from training too, adding that barristers in crime were especially in need.

“Barristers at the criminal Bar… have frequent contact with those with complex mental health profiles; the disenfranchised… those facing loss of their liberty and most of whom are likely to have experienced huge personal hardship.”

Speaking to Legal Futures, Ms Bewley said she had met with a Bar Council wellbeing official and it had been agreed in principle that training would be a good idea, although the details of how would need to be explored.

The two planned to undergo formal training in dealing with suicidal people and would consider whether they could carry out the training themselves afterwards or whether experienced professionals should be involved.

Options included producing literature and other resources on the subject and perhaps making it available online.

Ms Bewley said it was important that barristers had the skills to deal with “someone who is expressing suicidal ideation or behaving in a way that causes you concern”, before not after the event.

“All new practitioners should receive training in advance, so it’s forward-loaded rather than responsive. Because, of course if it’s responsive, that’s too late oftentimes.”

Ms Bewley said it was also important that lawyers who encountered clients that actually took their own lives had access to subsequent counselling.

She explained: “This is something that we at the Bar don’t talk about.

“To have had those two experiences in such quick succession caused me to talk about it to people and I’ve been surprised how many practitioners have had their own similar experiences to share.”

Ms Bewley said she would have been better prepared for a situation where she had to react in the moment, if she had had proper training.

“Regarding the two incidents I mentioned in the blog, I feel training beforehand could have equipped me much better to have dealt with them, so [I was] not relying on good luck and judgement.”

She said young barristers in particular were vulnerable and should be forearmed.

“You’re then coming from place of knowledge and saying ‘this is how I need to deal with the matter’. So my view is that training would be helpful.”