The legal profession and the sale of general insurance contracts

Insurance mediation does not sound like the kind of thing solicitors do, but in fact many are involved in it and their knowledge of the rules around it are often sketchy. Alan Bannister of Vizards Wyeth outlines the main issues. Vizards Wyeth is a Legal Futures Associate. 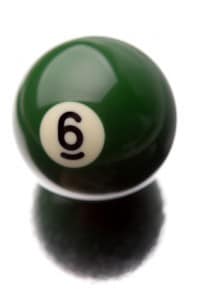 Behind the 6-ball: there are six key principles in the FSA rules

Insurance mediation is defined by legislation as comprising six activities. The SRA’s rules – designed to allow solicitors to claim the professional firms’ exemption from direct Financial Services Authority (FSA) regulation – contain restrictions and impose a much tighter regime than many solicitors are aware.

In this article we shall examine to what extent solicitors are permitted to undertake insurance mediation activities if they choose this route in favour of full authorisation by the FSA.

Insurance mediation became a regulated activity in January 2005, following the UK’s implementation of the EU Insurance Mediation Directive. The only way now to avoid direct regulation by the FSA is to qualify for exemption and there are two routes to achieving this: firms must either become an appointed representative of a firm that is itself regulated by the FSA or take advantage of what is known as the ‘exempt professional firms’ provision.

For solicitors, the former option is not available because of rule 19(1)(a) of the Code of Conduct, which prohibits firms from becoming an appointed representative. The latter brings with it stringent conditions that are tougher than would be the case if the exemption were not claimed.

The Law Societies of England and Wales, Scotland, and Northern Ireland are classified as ‘designated professional bodies’ by virtue of sections 326 and 327 of the Financial Services and Markets Act 2000. This means, that subject to certain restrictions, solicitors working for firms regulated by the SRA may conduct regulated activity without the need for direct authorisation and regulation by the Financial Services Authority. (Note however, that the exemption does NOT apply to authorised non-SRA firms even if they are managed by a solicitor.)

The SRA rules and restrictions

The restrictions imposed by the SRA on solicitors who wish to claim exemption under the professional firms’ exclusion largely reflect guidance issued by the FSA itself.

They are that a firm:

So what does this mean in practice in relation to each of the six regulated insurance mediation activities?

Activity 1 – Dealing in contracts as agent

Solicitors who have authority to bind insurance on behalf of insurers are likely to fall in this category. It does not matter whether advice is given or a recommendation is made. The very act of binding cover is sufficient.

Activity 3 – Making arrangements with a view to transactions in insurance contracts.

In this case, there is no limitation by way of the requirement that the arrangements would bring about the transaction to which they relate, as in the previous activity. So this activity includes helping potential policyholders fill in or check application forms in the context of ongoing arrangements between these persons and insurance undertakings.

Another example would be a person introducing customers to an intermediary either for advice or to help arrange an insurance policy. The introduction might be oral or written.

This relates, in broad terms, to activities carried on after the conclusion of a contract of insurance and for or on behalf of policyholders, in particular in the event of a claim. It might also involve the processing of premiums, issuing policy documentation or dealing with endorsements to the policy mid-term.

Activity 5 – Advising on contracts of insurance

Activity 6 – Agreeing to carry on a regulated activity

What does this mean in practice?

A general insurance contract in which solicitors commonly get involved is that which provides cover for reimbursement of after-the-event (ATE) legal expenses. We shall use this as our working example of what is and what is not permitted under the professional firms exemption operated by the Law Societies of England and Wales, Scotland, and Northern Ireland.

2. It is permitted for a solicitor to operate a binding authority granted by the underwriters of the ATE cover. In other words they can go on cover on behalf of underwriters.

5. Representing the policyholder in the claims process against underwriters is permitted even though the firm is being paid by underwriters to conduct proceedings against the third party. The same inherent conflict of interest mentioned above must be properly managed.

6. Solicitors’ firms may advise on the merits of cover but must be scrupulous about the likelihood of a successful outcome to merit the expenditure by the client.

7. Solicitors’ firms must ensure they appear on the relevant FSA Register page and appoint a compliance officer.

Traditionally, commissions payable for ATE policies are of the order of 40% and the SRA rules require that firms account to their clients for the receipt of such commissions. This may prove difficult to justify in itself, without the further complication of additional commissions available under certain schemes.

One might ask whether there is anything inherently wrong with such an arrangement. If the solicitor firm takes the risk (of the case being unsuccessful and costs not being recovered from the third party), then why shouldn’t they receive a higher reward in the process?

Well, rule 1 of the Code of Conduct – the core duties – springs to mind, as does the requirement of rule 3(f) of the Solicitors’ Financial Scope Rules 2001 (not to act as principal in the contract). Smoke and mirrors arrangements such as apply in the circumstances described may be seen as compromising a firm’s integrity and independence.