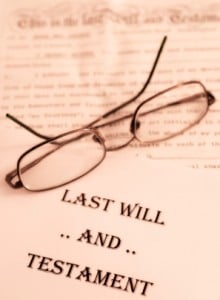 Half of charities have experienced a poorly drafted will from a will-writer, a new survey has revealed – but a third have also seen shoddy work from a solicitor.

A survey of over 50 charities by Remember A Charity found unanimous support for regulation of the will-writing sector, as a third had experienced “negative impacts of the sector not being regulated” – such as a loss of income – while poorly drafted wills had given 53% of them problems.

As a result, 52% of charities had had to engage solicitors to sort out the problem, while the time to get the money was significantly increased in 48% of cases. The charity received a smaller than expected legacy in a third of cases and lost the legacy entirely in 11% of cases.

Remember A Charity is part of the Institute of Fundraising, with a separate membership of over 140 charities, including nine of the top 10 charities by voluntary income. The survey was conducted as part of Remember A Charity’s response to the Legal Services Consumer Panel’s call for evidence as it investigates the need for regulation of the sector.

There was a range of opinions among charities on what form regulation should take, but the response said: “Overall it was felt that it should be light touch to minimise additional cost for the sector that would be passed onto consumers.” Increasing the cost of wills and so discouraging people from making them was the only real concern around introducing regulation.

It was also felt that there should be “a grievance procedure for people to turn to when things were going wrong”. There was some support for the current Institute of Professional Willwriters’ regulations, at least as a starting point.

The charities listed others issues that any regulation should address, including:

“Only by regulation will consumers feel more confident in the will provider that they use and will be sufficiently protected for when things go wrong,” the response concluded. “This can only improve the situation for the beneficiaries they leave behind at what is understandably a difficult time.”

Legal Futures reported last week that the Legal Services Board will on whether to regulate will-writing until well into 2012.