Timetable for outcomes-focused regulation is too tight and too risky, Law Society warns 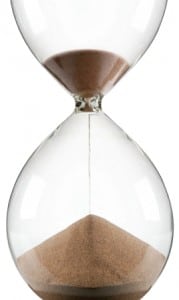 Warning: is time running out to implement OFR in October?

The timetable for bringing in outcomes-focused regulation (OFR) is too tight to understand the full consequences, and risks a breakdown in the Solicitors Regulation Authority’s relationship with the profession, the Law Society has warned.

In a wide-ranging critique of the scheme’s progress to date, the society reiterated its support in principle for OFR. But it cautioned that introducing it under the SRA’s present “culture” would lead to a “regulatory ambush”.

Among a series of concerns raised over the 1 October start-date, the society said: “We do not consider that the current timescales allow enough time for the effect of the new rules to be considered comprehensively, for the SRA to assure itself that the system it proposes will be effective and fit for purpose and that it is in a position to implement it effectively.”

The society’s formal response to the SRA’s final consultation on the new handbook stopped just short of stating the timetable was impossible, but said that despite progress in changing the SRA’s structure, the culture change “required to implement OFR successfully cannot be fully achieved in the time allowed.” An earlier draft of the response, reported in last week’s Gazette, was less equivocal, stating baldly that the change “cannot be achieved” by October.

The consequences of pressing ahead with OFR could be dire, said the society: “To seek to regulate in an outcomes-focused manner with the SRA’s current culture and approach to supervision and enforcement, is likely to result in ‘regulatory ambush’.” A breakdown in relations with the profession and other stakeholders would follow.

The society also raised fundamental questions over what it characterised as a “lack of clarity” which, given the “rapidly diminishing window of opportunity to comment, make it difficult for [us] to support the implementation of OFR”.

Parts of the handbook “are unclear and will lead to confusion”, it continued, with clarity needed in particular on the details of provisions, the code’s intentions, its likely ‘real world’ impact and on the financial and regulatory burden it would place on the profession.

Plans to adopt a risk-based approach to supervision were welcomed by the society as an effective way to target resources. But it also has the potential to disadvantage those – for instance black and minority ethnic firms – which receive a high level of supervision, it argued: “The SRA will need to ensure that this new system does not disproportionately affect a particular type of firm or of solicitors, for instance BME firms, unless there is a clear justification for doing so.”

The society also approved of a change in the rules to clarify that non-compliance with the ‘indicative behaviours’ would not in itself be grounds for disciplinary action. But it warned that if the behaviours acquired a “semi-mandatory or ‘best practice’” status, this would mean the “essence and spirit” of OFR had been lost.

Other concerns included whether under the proposals a solicitor could act for both buyer and seller in a conveyancing transaction without falling foul of the conflict of interest rules. The society was also worried that publishing the Solicitors Handbook online only and not in hard copy could encourage frequent revision, which would make it harder for firms, especially smaller ones, to keep up with the changes.