SRA weighing up evidence of insurers discriminating against BME solicitors 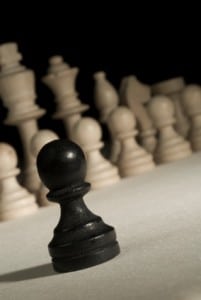 Discrimination: evidence exists but is it enough to found a claim?

The SRA’s compliance committee will be told later this month that progress in this area is slow – to the frustration of BME solicitor groups – and that further evaluation is needed to determine whether this disproportionate impact can be justified as a proportionate response to a legitimate aim. This would defeat a claim of indirect discrimination.

A report to the committee says the evidence of discrimination has come from reports by BME solicitors, Law Society-commissioned research on the 2009/10 renewal, and information from the Association of British Insurers (ABI) published last year – although the insurance industry vehemently denies any allegation of discrimination. “It was clear… that some of the underwriting criteria used by insurers involved features which were disproportionately found in BME firms,” the report said.

These included being located in Greater London, being identified as a high street practice, the types of work undertaken (particularly immigration and residential conveyancing, but also crime and family), lower turnover, size of firm and the number of solicitors at the firm qualified through the Qualified Lawyers Transfer Scheme.

There have been a series of meeting with the Equality and Human Rights Commission and the Financial Services Authority, but the committee will be told that “unless there is a new catalyst for change – a clear case of discrimination which is strong enough to be tested at court, or new evidence of discriminatory practices – progress is likely to be reasonably slow. However, the work is important and is likely to bring benefits for consumers in the professional indemnity market, albeit in the longer term”.

The next steps are for the ABI to publish guidance on the Equality Act for insurers – which it is scheduled to do this month – ahead of publication of aggregated industry data about underwriting criteria in August. The ABI is also reviewing communications throughout the indemnity process, including the design of the proposal form and how the underwriting decision is communicated.