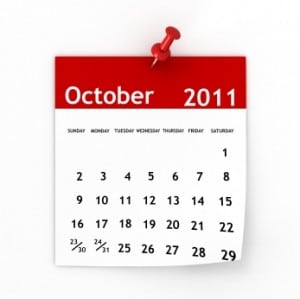 Mark the day: law firms should not enter agreemets until 6 October 2011

A paper before this Friday’s meeting of the SRA board says it should reject “suggestions” that the guidance issued last year on preparing for ABSs (see here) should be “relaxed to enable preparations to be made for the investment of substantial sums in a law firm with a view to raising even more substantial sums when ABSs are lawful”.

It says there have been attempts to pre-empt ABSs, of which the deal between Optima Legal Services and Capita has been the most high profile and subsequently the subject of a regulatory settlement agreement to unravel it. “Solicitors and non-lawyers have been trying to create contractual documentation and ownership or debt structures to evade compliance… It is easy, as has been seen in investigations, for contracts to include clauses asserting the protection of independence and stating that external owners will not interfere in client matters – but the reality of control may be very different. Contracts are also drafted to evade regulatory prohibitions such as by being structured around debt rather than direct ownership.”

The paper lays out the “suite of protections for the public that will come into force in October 2011” – including the “fit and proper person test” for non-lawyer owners – and says it does not seem appropriate to relax regulation of ownership of law firms in the meantime “since that would represent an unacceptable risk to the public”. In fact, to effectively allow external ownership in advance of bringing the owners within the SRA’s regulatory ambit “would flout Parliament’s intentions”.

The paper says the current guidance and knowledge in the market that there are ongoing investigations seems to have had a significant deterrent effect that is keeping the risk of substantial non-compliance “under control”. In the meantime, the SRA is pledging to provide as much assistance and guidance to would-be ABSs as possible during the run-up period.