SRA to crack down on indemnity insurers avoiding ARP exposure 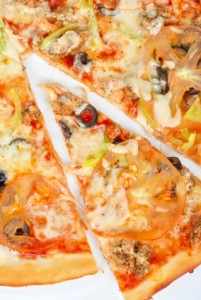 The Solicitors Regulation Authority (SRA) is to crack down on indemnity insurers that restructure law firms’ cover so as to reduce their exposure to the assigned risks pool (ARP).

The move comes despite the fact that an investigation of the practice is ongoing and has yet to reach a conclusion on whether the previous rules were breached.

Insurers have to meet the liabilities of the ARP in proportion to their declared share of the market for the compulsory layer of insurance. At its monthly meeting in London yesterday, the SRA’s board approved changes to the qualifying insurer’s agreement and the 2011 indemnity insurance rules to stop them “flipping” layers of insurance.

An audit of the practice was launched in November, after the SRA became aware that a number of insurers had been designing policies to reduce their ARP contributions. It meant the premium take for the compulsory layer last year surprisingly fell when it had been widely expected to rise sharply.

Insurers that did not employ the technique complained they were unfairly burdened as a result.

It is understood that under the new rules, insurers will be able to continue to structure policies as they choose, but a formula sets out what they must declare to the ARP. This should neutralise any advantage of flipping layers of insurance to limit exposure and maintain the premium pot at its correct level.

Under the previous system, some policies were structured in such a way as to move the compulsory minimum terms and conditions (MTC) – on which contributions to the ARP are calculated – from its conventional position at the bottom “layer” of the policy.

One strategy was to position the MTC in excess of the total limit of cover purchased. The policy would cost the law firm about the same, but insurers did not have to declare the premium to the ARP.

According to a recent report by insurance brokers Lockton, the practice has been “used by a number of the very large law firms for many years”.

The SRA’s audit of the precise methods used by insurers is ongoing. It is understood that a decision has not yet been made on whether there were clear breaches of the rules, which could lead to insurers’ ARP exposure being adjusted.

Richard Collins, the SRA’s head of standards, confirmed the investigators were still considering whether the strategies employed were “technically allowable”, but he added that if breaches were found to have occurred, action would be taken.

In the meantime, Mr Collins said he was confident that the rule changes would “mean that the premiums declared are a proper reflection of [the insurers’] market share”.