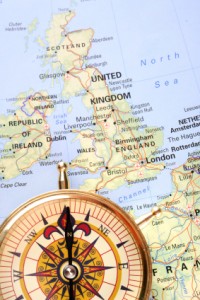 Clear direction: SRA to review practice of sending work outside of the UK

The Solicitors Regulation Authority (SRA) is set to launch a “thematic review” of legal process outsourcing (LPO) next year, Legal Futures can reveal.

The review would seek to identify whether there are any particular issues or risks that require changes to the current regulatory requirements or whether certain outsourcing arrangements need particular attention in the supervision process.

The news comes as the American Bar Association (ABA) recommends that practice rules be amended for the first time to address LPO specifically.

The SRA is already considering LPO as part of the consultation on the new Solicitors Handbook. A spokeswoman said the key issue for the SRA is that outsourcing should not absolve the delegator of responsibility for the matter delegated. “However, although we have not made any final decision, this is such a growing and fast-developing issue that we may undertake a thematic review next year,” she continued.

The draft Handbook focuses on not outsourcing without taking “all appropriate steps to ensure that your clients’ confidential information will be protected”. It also requires that outsourcing does not “jeopardise the quality of your legal activities nor impair the quality of your internal controls”. It should also not impact on the SRA’s ability to monitor compliance with solicitors’ obligations.

Meanwhile, a draft discussion paper issued by the ABA’s commission on ethics said comments attached to three of the model rules of professional conduct – followed by lawyers in all US states except California – should be altered to provide extra guidance on their application to the outsourcing of legal or non-legal services. The rules affected involve competence, responsibilities relating to non-lawyer assistants and the unauthorised multi-jurisdictional practice of law.

Domestic and international legal process outsourcing is a highly charged issue in the US and has come under criticism by lawyers concerned about client confidentiality, maintaining ethical standards and the loss of domestic jobs.

The commission stressed that the recommendations amounted to “neither endorsement nor rejection of the practice of outsourcing” but instead were a “response to the existence and growth of outsourcing practices” and intended to help ABA members outsource “ethically and responsibly”.

In 2008 the ABA’s ethics and professional standards committee stated there is “nothing unethical about a lawyer outsourcing legal and non-legal services”, as long as clients received a high standard of representation.

Judge Kathryn Oberly, chairwoman of the commission’s outsourcing working group, said: “We’re in an outreach mode of soliciting public comment. It’s a draft proposal, but we’re not wedded to it.”