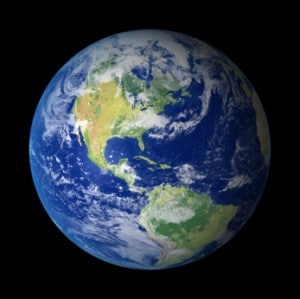 The Solicitors Regulation Authority (SRA) has already received “strong interest” in ABS investment from abroad and from non-English law firms that want to use the structure, it has revealed.

They includes one of China’s largest law firms, which it said is planning to open an office in London in 2011 as part of a long-term plan leading eventually to the creation of an alternative business structure (ABS) targeting Chinese investors to the UK with a one-stop shop of professional advisers, including solicitors.

But concerns over how ABSs will be received abroad – and the impact the current widespread international hostility to them could have on the overseas operations of English law firms, whether or not they become ABSs – has prompted SRA chairman Charles Plant to write to 161 foreign bar associations and international regulators to start the process of educating them about what is happening here.

A report on international challenges for the SRA – prepared by former Law Society international chief Alison Hook for next week’s board meeting – outlines a large number of issues that have to be addressed.

Until now, the SRA has not focused on the global dimension to the legal market or developed a regulatory philosophy for international practice.

The report says external investors from overseas are “inevitably going to be interested in ABS”, but that the SRA needs to address “the risks of different forms of capital from different sources, both in terms of particular jurisdictions and types of financing”.

Whilst the risk of international criminal elements investing in ABS has already been identified by the SRA, Ms Hook says the authority will need the ability to unpick investment chains and have robust vetting processes for individuals and entities.

She recommends that the SRA consider developing relationships with sources in other jurisdictions (such as securities commissions) which might be able to assist with due diligence on overseas non-lawyer investors.

It may also have to deal with ABS investors from countries that may have, for example, a weak anti-money laundering environment, weak listing requirements, inadequate arrangements for corporate reporting and transparency which makes funding provenance difficult to trace, or suffer from widespread corruption, she points out.

Ms Hook says the SRA should consider preparing for requests for ABS licences on the basis of innovative financing arrangements, such as Islamic finance. She also raises the issue of investment in legal services by sovereign wealth funds.

“This causes unease in some quarters because of the inappropriateness of too close a linkage between legal services and governments, regardless of ring fencing. This queasiness is exacerbated by the fact that some sovereign wealth funds are run by fairly unsavoury regimes with very poor human rights records.

“Since [these funds] are rarely the primary investor in small investments, decisions may need to be made by the SRA of what is acceptable in terms of different types of investment, especially sovereign wealth funds, and how far removed any government agency stake should be.”

The international hostility has dampened interest in ABSs among large City firms. However, those that have become legal disciplinary practices to bring in non-lawyer partners will automatically become ABSs, and the report says the SRA needs to step up its contact with overseas regulators to explain that this does not mean they have external investment.

It also raises the question of what happens to foreign lawyers in firms based in England and Wales if their firm becomes an ABS and their home jurisdiction does not permit this.

There are 7,000 practising solicitors working outside of England and Wales, while a further 10,000 are based abroad but do not hold current practising certificates. Over 20,0000 solicitors (14% of the profession) originally qualified as lawyers in another jurisdiction, of whom nearly 12,000 are resident in England and Wales.

Further, there are nearly 1,500 registered foreign lawyers in England and Wales regulated by the SRA, while more than 3,200 European lawyers have used the EU Establishment Directive to requalify as solicitors.