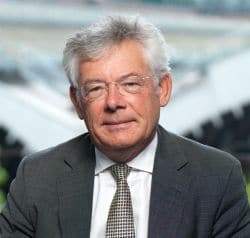 The board of the Solicitors Regulation Authority today called for talks with a senior judge over concerns about the role of judges in assessing the quality of criminal law advocates.

Though it approved the Quality Assurance Scheme for Advocates (QASA) at its meeting today, the board expressed disquiet over the dangers of actual or perceived bias on the part of judges against advocates who have acted on their client’s instructions in a way that could upset the judge, or against solicitor-advocates generally.

This concern has been frequently expressed by solicitors during the development of the scheme over the last few years. QASA has been developed jointly by the SRA, Bar Standards Board and ILEX Professional Standards.

The board was focused on advocates moving up to level 3 or 4 of the scheme – it is graded up to level 4 according to the complexity of the cases that the advocate can undertake – and the compulsory judicial assessment that will take place in their first two cases at the higher level.

Though judicial assessment is involved at other stages in the system, in those situations the advocate will have some choice as to which case he or she is assessed on.

Recent changes have also introduced an assessment centre route to replace some judicial assessments that were built into scheme, in response to concern about the over-reliance on judges.

SRA chairman Charles Plant said he and others would seek a meeting with Lord Justice Thomas, who is chairing the QASA advisory group, to learn more about how judges were being trained to do assessments, and discuss the compulsory assessments.

Board member Mark Humphries, who is a civil solicitor-advocate, told the meeting that he would prefer to see assessments carried out in assessment centres, rather than by judges. He warned that the QASA could revive “undetectable discrmination” against solicitor-advocates in the courts that he believed had died down in recent years.

He was also worried that the “overly elaborate” scheme would place a significant burden on judges, which might in turn lead to “incompetent” assessments.

The QASA will now go to the Legal Services Board for approval.