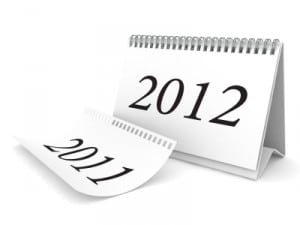 Deadline: renewal to slip into next year

Some solicitors will now not be able to go online to renew their practising certificates until 2012, the Solicitors Regulation Authority (SRA) has confirmed, amid the chaotic ongoing implementation of its £22m IT system.

The deadline for solicitors to activate their mySRA accounts will also be extended into 2012, having originally been 14 October, the SRA confirmed in its latest update, issued yesterday.

The saga has seen uncertainty over whether the SRA would revert to paper renewals – which it has finally decided it will not – and the deadline for renewal being pushed back and back.

An SRA spokesman said: “We apologise for the delay and thank the profession for its patience. We are working hard to introduce the new system as soon as possible. Hopefully, in time, everyone will be able to appreciate the significant benefits that mySRA will bring, in terms of time and cost-savings.”

The renewals process is being phased in to minimise the potential disruption for firms and to provide time to test the new online system with individual firms. Selected firms began using the new system on Tuesday.

The SRA said practising certificates, registrations for registered European and foreign lawyers, firm recognitions and sole practitioner authorisations will remain valid in the meantime, as long as individuals and firms apply for renewal when the process opens to them.

There will be a further update on 5 December.

It has long been recognised that the Law Society and SRA has a creaking IT infrastructure and last year the Law Society approved a £22m investment in the SRA’s ‘enabling programme’, which aims to overhaul the technology supporting regulation.