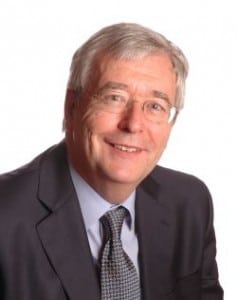 Whittle: term comes to an end this year

The board of the Solicitors Regulation Authority (SRA) this month moved to parity between solicitor and lay ordinary members, ahead of introducing a lay majority in two years’ time.

Shamit Saggar, the former chairman of the Legal Complaints Service, joined the board this month as part of a deal that has allowed the SRA to wait until 2013 to have the lay majority required by the Legal Services Board’s internal governance rules.

However, there remains an overall solicitor majority on the enlarged board because of chairman Charles Plant. The entire board will be up for reappointment for 2013.

Mr Saggar is also professor of politics at Sussex University and has held a wide variety of roles with other regulators and public bodies.

Meanwhile, Jane Furniss, chief executive officer of the Independent Police Complaints Authority, and Moni Mannings, a partner and head of the finance group at London law firm Olswang, are to join the SRA board on 1 January 2012.

They will replace solicitor Yvonne Brown and lay member Stephen Whittle, whose terms end this year. Both were members of the previous incarnation of the board and were given shorter terms as part of the transition to the new board.

Mr Plant said: “We are very encouraged by the strong response we received to our recent recruitment campaign for one solicitor and two lay member vacancies on our board… The burden on the board is considerable, and we welcome the real contribution that the new members will bring.”

Law Society chief executive Des Hudson added: “The latest appointments to the SRA board will further strengthen its role in overseeing the work of the SRA. The new members come from very different backgrounds, providing different and valued perspectives on the work of the SRA at a time of great change in the legal services market, and the way it is regulated.”

Meanwhile, the full list of members of the legal education and training review consultation steering panel has been released. The review is being carried out jointly by the SRA, Bar Standards Board and ILEX Professional Standards.

The panel – chaired by Dame Janet Gaymer and Sir Mark Potter – has 31 members, including representatives from the National Union of Students, the GC100, Solicitors in Local Government, the General Medical Council, Sole Practitioners Group, Advice Services Alliance and Office of Fair Trading. For the full list, see here.

Finally, the SRA has named Yve Schelhaas as interim head of education and training. She replaces Di Lawson, who has been appointed to the new post of chief executive of the National Skills Academy for Social Care.

Ms Schelhaas has been a legal services consultant in recent years and managed the tender process for the review, and was also involved in the work-based learning project.