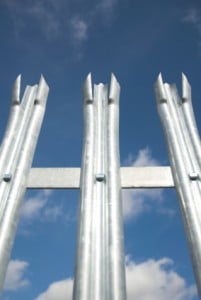 Clear divide: SRA has given ground on "ring fencing" regulated part of ABSs

The Solicitors Regulation Authority (SRA) has compromised on aspects of its application to become an alternative business structure (ABS) regulator, it emerged last night.

Briefing journalists after the Law Society council approved the final application, chief executive Des Hudson revealed that agreement was reached between the society and its regulatory arm on various changes to the application which the SRA’s board agreed last week.

The changes would undoubtedly have helped persuade the council to approve the application. It will now be submitted to the Legal Services Board, which hopes now to have the SRA on stream to license ABSs for 6 October.

Mr Hudson said the changes included the SRA finally agreeing to use its veto on the Legal Services Board’s plan for appeals against regulatory decisions involving ABSs to be heard by the First-tier Tribunal; instead they will be heard by the Solicitors Disciplinary Tribunal, mirroring the position for traditional law firms.

There was also movement on the Law Society’s concerns over “ring-fencing”, the tricky issue of the boundary between the work an ABS does that is covered by the protections provided by regulation – such as the compensation fund – and other work. ABSs will have to be clear to clients about whether they work they are doing for them is regulated by the SRA.

The society had wanted the access to justice test beefed up – this is the assessment of the impact an ABS will have on access to justice that the SRA will have to make before granting a licence. However, Mr Hudson emphasised that the council had taken its regulatory responsibilities seriously, and accepted that the SRA’s proposals were reasonable from that perspective, even if they did not go as far as the council would have liked in its representative guise. In other areas, he added, “we agreed to disagree… we had some tough talking but we got to a point that we’re all happier with”.

Mr Hudson said that during the debate council members raised particular concerns about the robustness of the “fitness to own” test that will be applied to prospective owners of ABSs given that law firms – with their quasi-banking status and access to client money – “are attractive targets for organised crime”. However, the society was satisfied with the SRA’s plan for this, and its management board had recommended to the council that the application be approved.

The chief executive said there was no need for a postal ballot to determine solicitors’ views of ABSs – which the Solicitor Sole Practitioners Group (SPG) has said it might seek – as “we have an established democratic process within the Law Society and that is called the council”.

He robustly rejected the suggestion from the SPG that there had not been proper discussion for several years of the society’s policy on ABSs, saying he was “very, very surprised” to read it. “The number of times the council and boards have talked about it is legion,” he said.

Mr Hudson told the SPG that it had to recognise that “ABS is the law of the land and stopping your professional body from becoming a licensing authority will not stop the march of ABSs”. If the SRA did not regulate ABSs, then the Legal Services Board would be under a statutory duty to do so itself, and the council had decided it was better for the SRA “to be in there regulating”.

He added that without the SRA regulating ABSs, the 300 or so legal disciplinary practices that will have to convert to ABSs on 6 October (because they have non-lawyer partners) would immediately have to seek regulation elsewhere, even though they are essentially solicitors’ firms.

Mr Hudson said it was impossible to predict whether ABSs would be a good thing, and anyone doing so is “chancing their arm”.

He thought it would be mid-sized law firms that will be most likely to go down the ABS route. “My sense is that nobody who does international work will be touching ABS any time soon because of the international reaction [to them].”