Solicitors pay out £5m to miners, with many more millions to come 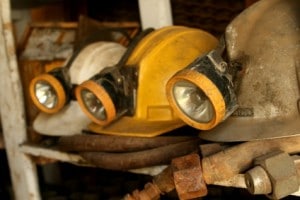 Miners: all firms should write to clients

More than £5 million has been paid by solicitors to former miners, with much more to come, it emerged today.

The Legal Services Ombudsman’s annual report revealed that 94,493 individuals have had or will have an opportunity to raise their complaints about deductions wrongly made from the damages received by miners from government compensation schemes, either with the Legal Complaints Service (LCS) or with the solicitors’ firm direct.

The report from Zahida Manzoor records that some £5,078,652 has been paid by law firms to former miners and “there is the prospect of several more million pounds being paid out over the next year”.

The LCS has assisted nine firms to write to former clients, and is working with other firms. Ms Manzoor said: “The pace is slower than I would have expected and the work needs to continue and conclude as soon as possible. Al legal firms involved with miners’ cases should have written to former clients.”

Miners’ cases have been a particular focus for Ms Manzoor both as ombudsman and in her former role as Legal Services Complaints Commissioner. She said: “In recent times the Law Society and the LCS have to be congratulated in moving from an initial reluctance to take forward the miners’ cases to a much greater proactive engagement, ensuring that these cases are investigated appropriately. Significant amounts of joint work have been undertaken between my office, the Law Society and the LCS to the benefit of consumers.”

She said the miners’ cases “have raised some of the most important service and conduct issues in the history of legal service complaint handling” and that she was proud of the “key work undertaken by my office in the miners’ cases, firstly in highlighting it as an issue, then ensuring the miners receive the compensation they are entitled to and finally helping ensure that this does not happen again, through publicising the lessons that need to be learnt”.