Solicitor who “outrageously plundered” assets of elderly client struck off 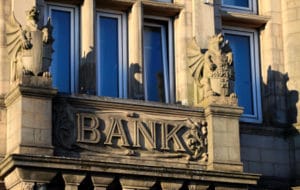 A solicitor who stole more than £300,000 of his elderly and disabled client’s money using a secret bank account has been struck off.

Stephen John Acres, who described himself as “specialising in advising the elderly”, was found by the Solicitors Disciplinary Tribunal to have committed the “outrageous plundering” of his client’s assets in a particularly “deplorable” case of dishonest conduct.

The tribunal heard that, as well as repeated theft, his misconduct included invoicing the client £12,000 for a handful of visits to her in a care home.

Over the course of several years, the solicitor stole the assets of his bed-ridden client, known as MG, by signing cheques, bank transfers, and debit card cash withdrawals.

He also fabricated an attendance note to conceal the fact he did not have instructions to sign a deed of variation, which the tribunal found was not in MG’s best interests to enter into.

Mr Acres was born in 1963 and admitted in April 1999. He was formerly a partner at Stanley De Leon Solicitors in Hertfordshire. He was declared bankrupt in August 2016.

In 2012, he was ordered by the SDT to pay £7,500 in costs to the Solicitors Regulation Authority following a previous appearance.

Eventually he sent a cheque drawn on MG’s matter in the client account. When it was later alleged this breached the account rules, he claimed the act had been a “genuine error”.

The tribunal found the explanation “incredible” and “and his “misconduct was as a result of conscious impropriety”.

Mr Acres and his partner agreed that he would disclaim his role under MG’s lasting power of attorney, but he did so without her consent. The tribunal found that he did so dishonestly.

Meanwhile, the Office of the Public Guardian raised concerns about Mr Acres’ handling of MG’s affairs. Its investigations concluded the client lacked mental capacity and in September 2016 he was removed as her attorney.

The new deputy discovered there had been a secret bank account in Mr Acres’ and MG’s name, which had made payments of over £319,000. The bank statements were sent to his home address, as were a cheque book, debit cards and PIN numbers.

When questioned about the account,  Mr Acres denied he could recall its existence. The tribunal found this “inconceivable” and that the reason for failing to disclose it had been “to conceal the extent of his conduct, which he knew was dishonest”.

MG’s care home confirmed she had been confined to her bed since October 2015. Only two visits from the solicitors’ firm were recorded in the visitors book in 2014 and one in 2015, while no telephone calls were logged.

The invoice also included £6,000 for “liaising with the vicar and… friends regarding… sorting through photographs and arranging delivery” to the care home.

Deciding sanction, the tribunal found Mr Acres’ misconduct had been “deliberate and calculated” and motivated by personal gain. He had “repeatedly stole[n] money from her”.

The misconduct “had caused significant harm to his client and to the reputation of the profession, and was a complete departure from the standards of integrity, probity and trustworthiness expected of a solicitor.”

It concluded: “He had continually and unremittingly taken advantage of his elderly and extremely vulnerable client.

“The respondent’s conduct was one of the most deplorable cases of dishonest conduct involving the outrageous plundering of his vulnerable and elderly client’s assets.

“This was of the utmost gravity; misconduct did not get much worse than this.”