Solicitor hits out at watchdog’s “nonsensical” ruling over TV advert 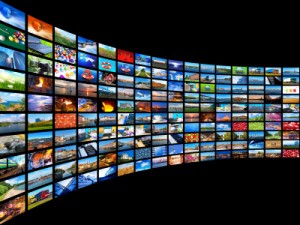 A solicitor has hit out at a “nonsensical” ruling by the Advertising Standards Authority (ASA) after Legal Futures research showed a small spike in complaints about law firm advertising this year.

The ASA has dealt with five complaints about solicitors in 2011 so far, having had only 11 in total since 2007.

The most recent (in May) involved a complaint upheld against Newcastle-based Winn Solicitors, which the ASA found had failed to substantiate its claim in a TV advert that drivers’ insurance premiums would not increase if they were in an accident that was not their fault.

Both the Association of British Insurers and the Financial Ombudsman told the ASA that insurers could take non-fault accidents into account, although the authority accepted that it is uncommon for insurers to increase premiums immediately following non-fault accidents and that Winn has been able to persuade insurers not to do so when the possibility had been raised.

It also noted that Winn would direct customers to one of a panel of insurance brokers who the firm believed would not take the non-fault accident into account. “However, we considered that viewers would understand the unqualified claim to mean that their renewal premium, as well as their current premium, would be unaffected by the non-fault accident, irrespective of who their current insurers were or who they sought to insure with in future.”

The claim was therefore ruled misleading, but the firm had already withdrawn it from the advertising at the time of the decision, so no further action was required.

Managing director Jeff Winn described the decision as “rather annoying”, saying the ASA accepted that where a client followed the advice, their premiums would not increase.

He said: “However, they took the view that the advert did not state that our advice had to be followed for the benefits to be gained and that someone who came to us and didn’t follow our advice may not receive the benefits.

“This seemed very odd to me as I think most members of the public appreciate that if you go to a solicitor, they advise you to do something and if you don’t do it, you are not going to get the benefits which they offer.”

Mr Winn said he has not received a single complaint, despite the firm handling 2,000 cases a month. He did appeal the ASA decision but was told he should have put a caveat in the advert explaining the benefit was only available if the firm’s advice was followed. “I think this is nonsensical and I am sure it is not what was intended when the ASA was set up,” he added.

A complaint over a regional press advert last Christmas by Wakefield firm McAlinneys was partially upheld. The advert showed a photograph of a man dressed as Father Christmas and said that callers involved in a road traffic accident could get their “cash by Christmas”. The firm said it was representing the new, faster road traffic claims system in an interesting way.

The complaint was dismissed on the four grounds raised by the complainant but upheld on the additional ground added by the ASA itself that the advert was irresponsible because it went beyond the point about the claims process and encouraged readers to seek compensation as a ‘quick win’ solution to financial outlay at a particularly expensive time of year.

Complaints over advertisements from QualitySolicitors and specialist motoring law firm Hammond Trotter – over a poster for its website www.drivingdefences.com that offered to help motorists “save” their licences – were not upheld.

On Hammond Trotter, the ASA said: “We acknowledged that the idea of someone who had committed a driving offence seeking to ‘save’ their license might be distasteful to some. However, we considered the poster was aimed at people who found themselves faced with driving offences and needing legal advice and that there was nothing in the poster to suggest that it was encouraging people to commit driving offences.”

The other complaint this year involved a magazine advert by Yorkshire firm Wrigleys that was informally resolved, meaning the details are not disclosed.