Size matters – when it comes to indemnity insurance premiums at least 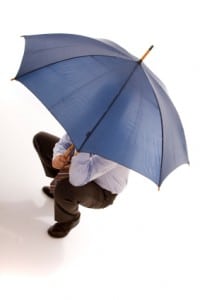 Size, claims record and changes to the number of fee-earners are the factors that influence law firms’ professional indemnity insurance (PII) premiums, not practice area or ethnicity, Law Society research has found.

A review of the 2010 renewal season found that smaller firms found their premiums going up the most, as did those with a claims history in the previous 12 months.

The report from Exodus Market Research suggested that the tougher renewal experience last year of firms doing conveyancing or of black and minority ethnic (BME) practices was more to do with the fact that they were generally smaller firms, which is the factor that really puts off many insurers.

A like-for-like comparison between BME and non-BME firms found no significant differences in outcomes or premiums paid. “The BME status of the firm does not have a significant relationship with the variance in PII premiums,” it said.

Almost a third of firms (31%) had notified their insurer of circumstances giving rise to a claim and 19% had had a claim made against their insurance in the previous 12 months. The most extreme impact of a claim was for firms of two to four partners – the median premium for a firm without a claim was £16,000, compared to £48,303 for those with.

An increase or decrease in the number of fee-earners, and an increased staff turnover, were the other significant risk factors identified.

Some 399 firms and 359 BME firms were polled and the mean average percentage of gross fee incomes spent on premiums was 7.6%. Almost two-thirds of those paying more than 10% were sole practitioners, but the analysis did not conclude that the payment of premiums presented a greater financial burden for smaller practices in general.

The findings back up a recent Financial Services Authority report that uncovered no evidence of discrimination by insurers.

Nonetheless, Law Society chief executive Des Hudson has written to the authority, the Association of British Insurers and the Equality and Human Rights Commission reiterating the need to maintain the drive to remove the potential for any form of discrimination. “Collectively, we must continue to work ensure insurers continue to move towards a PII process that is transparent and that risk factors are properly understood by firms,” he said.

Meanwhile, a survey by leading insurer Travelers has found that most of the top 100 firms expect the cost of risk management to rise – it said some are spending as much as £3.3m on risk management and other compliance issues (although others are spending just £150,000).

Policy cover was seen as the most important aspect big firms consider when buying PII, while 64% said the financial strength of their insurer was either important or highly important. However, less than 35% of law firms rated risk management services as highly important.