Jane Ching, Reader at Nottingham Law School, outlines its experience of running the Solicitors Regulation Authority’s work-based learning pilot [1] that offered a route to qualification as a solicitor for those working as paralegals 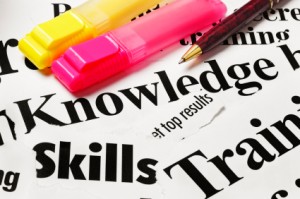 [2]It is hard now to remember a time before work-based learning.

We knew something was coming as long ago as 2007 when the first draft of a set of outcomes was published. In the autumn of 2008 the first volunteers started the scheme and, by and large, most of them finished it successfully two years later.

A few have had to extend their periods of time and a new cohort of part-time candidates will run into 2012.

Let me roll back to earlier in 2008. Nottingham Law School tendered for, and won, the contract for the paralegal part of the pilot project. Other firms and, at that stage, one other academic institution (Oxford Institute of Legal Practice) were to work with individuals already selected as trainee solicitors and employed on training contracts in law firms.

But, and I perhaps need to be very clear about this, we were all working to the same set of outcomes and the same set of threshold criteria about the kind of work that the trainees and the paralegals needed to be doing.

So the 30-plus candidates we eventually took into the paralegal pilot had been whittled down by the SRA from over a hundred initial volunteers.

All had to be able to demonstrate that they would – whether in their own organisation or through rotation or secondment – be involved in three distinct areas of work and in both contentious and non-contentious work. All had to be carrying out the same kind of work as might be expected of trainees, at the same level, or they would fail or at least be referred. They also had to have a solicitor within reach for support, feedback and mentoring.

And we had a varied group: of the initial starters, about a third were in local government, a third in law firms (which might, or might not, also take trainees) and a third in in-house practice at a wide range of organisations. Very few had come straight from the legal practice course: many were already highly experienced in a specialised field or in their in-house practice. One was already head of legal in his organisation.

True, very few, if any, were rotated around “seats”, but then there is no requirement that trainees do this either. Great lengths were gone to, in some cases, to arrange for secondments and allocation of work to ensure the threshold areas of work and contentious/non-contentious split were demonstrated.

Much generosity was shown by supervisors, employers, colleagues and clients, supporting the candidates and helping them find and provide evidence of their achievements. Much work was done determining what was, or wasn’t a “distinct area of law” and in reviewing, marking and moderating portfolio evidence to ensure that what we were looking for was, as a minimum, the standard of work to be expected at the point of qualification as a solicitor. Some of our more experienced candidates were clearly operating at a higher level.

Of course, experiences differed across the cohort, but then the same is true of those doing training contracts. Some trainees have more, or less, support than others. Some, perhaps many, of our candidates were not “trainees” only by default, because their employers were not SRA-authorised training organisations.

What we were secure that they all had, however, was the individual attention of one of a dedicated cohort of solicitor-reviewers from the law school, willing their candidates to succeed.

In the final analysis, once all the evidence was in and we were agonising about outcomes, performance and evidence in individual cases, the word I heard most often was “safe”. Those candidates we passed, who had worked so hard, and with so much determination, were also those we thought would be safe to practise. I hope they keep in touch: we’d like to see how they get on.