Row over how performance of Solicitors Disciplinary Tribunal is judged 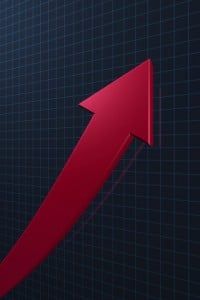 Performance indicators: what is the best way to monitor the SDT?

The Legal Services Board is to measure the working of the Solicitors Disciplinary Tribunal (SDT) against key performance indicators (KPIs), a move described by the tribunal as “wholly inappropriate”.

In a recent decision paper the LSB revealed it will proceed with the measure under powers in section 179 of the Legal Services Act 2007. The SDT “has an important role to play in delivering the public interest and consumer protection objectives of the Act”, it said.

At its October full board meeting, the LSB agreed to approve the SDT’s £2.2 million budget for 2011 only on condition that the tribunal submits “with all future budget applications a report of performance against KPIs”. The board reported the SDT has given assurances it will implement KPIs “by early 2011”.

The LSB has also amended its rules under section 178 of the Act to require the SDT to obtain LSB approval for certain rule changes it wants to make.

Explaining its decision on measuring performance, the LSB gave details of a consultation on the subject. It heard from just four bodies – the SDT, the Solicitors Regulation Authority, the Law Society and the City of Westminster and Holborn Law Society (CWHLS).

Two respondents, the SDT and the CWHLS, objected strongly to the use of KPIs. The SDT argued that “it can be persuasively argued that it is wholly inappropriate for the SDT, as a judicial body, to adopt KPIs”. The CWHLS dismissed the LSB’s reference to KPIs as “management speak” and said the powers under section 179 “should be regarded as residual powers which, given the SDT’s good reputation, the LSB should expect never to have to exercise”.

Asked in the consultation whether they agreed with LSB proposals to assess the failure of the SDT to “perform any of its functions to an adequate standard, or at all?”, the SDT and CWHLS were even more outspoken.

The SDT said: “The proposals appear to be directed primarily towards expedience… the SDT does not fall into the same category as other approved regulators and should be approached by the LSB in a different, more appropriate way.”

The CWHLS said it “strongly disagreed”, adding that “the whole approach seems to envisage an active role of monitoring the SDT’s performance which seems to us to be wrong in principle”.

Explaining its decision to proceed, the LSB said it considered it was taking a “proportionate approach”, given the SDT’s work and the requirements of the Act. Its assessment of the SDT’s performance would not be limited to KPIs and would involve “wider intelligence”, including information from approved regulators and individual solicitors. It added that it viewed KPIs as an extension of the range of performance data the SDT was already reporting on in its annual reports.