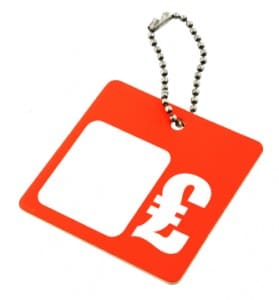 Headline pricing: most solicitors disagree with the practice

The society’s practice note – which is targeted at conveyancers in particular – was issued because “some solicitors are unclear as to what must be included in headline prices”. It said potentially misleading cost information may also arise where additional charges are later “bolted on”, or where items are referred to as disbursements when they are not.

Research done by Legal Futures has found that in 2008, the SRA wrote to 15 conveyancing firms to complain about their use of headline prices, which the SRA said contravened the requirement in rule 7.02 of the Code of Conduct. This says they should be clearly expressed and in particular should be clear whether disbursements and VAT are included.

Some of the firms complained to the Law Society that the SRA was disproportionate in its interpretation of the rule, arguing that consumers were used to headline prices in other sectors and that restricting their use would give licensed conveyancers a commercial advantage. This in turn led to an online survey and also questions in the annual law firm omnibus survey to better understand solicitors’ view on the subject. These found:

The report considered by Law Society’s rules and ethics committee expressed the view that the findings did not support lobbying the SRA to change its interpretation of 7.02, and that advertising prices exclusive of any disbursements is contrary to 7.02. This is not reflected in the practice note.

The committee suggested that the SRA consider reviewing its guidance and that work begin on the practice note, including a clear explanation of what constituted a disbursement. Instead, the SRA provided examples of conduct which would not comply with rule 7, which have informed the practice note.