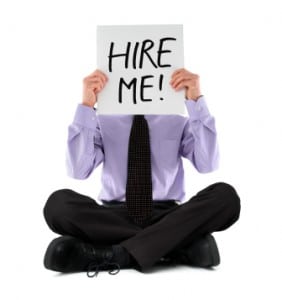 Job hunt: the disparity between law students and training contracts is growing

The Law Society is considering the feasibility of an aptitude test for entry onto the legal practice course (LPC) that will reduce student numbers, Legal Futures can reveal.

It is one of a series of initiatives being examined to “manage” entry to the profession because of concerns that too many students are coming through the system. Others include a “warts and all” guide to qualification as a solicitor – due to be launched next month – as well as incentives for firms to provide training contracts.

Though the idea of incentives has not yet been progressed, Chancery Lane has appointed a consultant to investigate whether to follow the Bar in requiring prospective students to pass a test before being allowed to start their vocational training.

The proposals have been developed by the society’s education and training committee – at the request of chief executive Des Hudson – because of the increasing disparity between the number of LPC graduates and the number of available training contracts.

The society’s regulatory affairs board heard yesterday that the details of the consultancy project are still being finalised, but it is hoped a report will be received by late 2010 or early 2011.

The Bar Standards Board is currently piloting an aptitude test that assesses analytical and critical reasoning, and fluency in the English language.

There was a voluntary pilot last year, in which 182 people took part. A second pilot is compulsory for all those starting the course this month – although obviously not as an entry requirement – which is intended to provide a more detailed examination of the suitability of the proposed test as well as enabling the necessary sampling and analysis to ensure that the test is be fair for all applicants.

The BSB hopes that the aptitude test will be fully implemented for those starting in 2012. Nigel Cooper QC, chairman of the bar professional training course sub-committee, said: “The BSB wishes to ensure that the aptitude test is fully piloted prior to its introduction and is therefore proceeding cautiously. The first pilot was a limited exercise, designed to consider the general suitability of the test. A second pilot will now be conducted in autumn 2010, as planned, to enable more detailed testing and the accurate setting of the pass threshold. This is necessary due to the need to ensure the aptitude entry test will be fit for purpose before it is finalised and becomes an absolute entry requirement.”

Last year the Office of Fair Trading said the BSB’s aptitude test would have a significant effect on competition and that its aims could be achieved by a less restrictive route.

Reasons given by the BSB for introducing the test included: it is wrong to admit so many students to an expensive course when so few will obtain pupillage and the less well-off, of high ability, will be deterred from choosing a career at the Bar for this reason; the standard of admission to the course is too low, particularly as to the fluency in English, and the weaker students impede teaching and learning within their groups; there are too many students taking the course with no realistic prospect of pupillage;  and it would reduce the numbers of Bar students to manageable proportions.