Revealed: end to common renewal delayed as solicitors face ARP bill of up to £30m 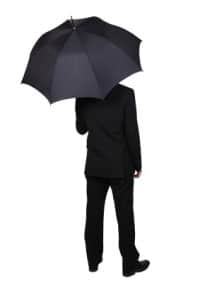 Compulsory cover: SRA will not return to exclusions until 2014

The Solicitors Regulation Authority (SRA) has radically reworked its reforms of professional indemnity insurance (PII), delaying the end of common renewal for two years and kicking the question of compulsory cover for financial institutions and corporate clients into the long grass, Legal Futures can reveal.

Following a consultation to which more than 300 responses were received, the SRA board today also agreed that liability for claims against the assigned risks pool (ARP) in the final year of its operation in 2012-13 will be shared between insurers and the profession, making solicitors liable to pay up to £30m of claims.

Richard Collins, head of standards at the SRA, said the board had decided to focus on the ARP as the chief cause of problems in the market, and had largely adopted the blueprint proposed by the Law Society to resolve them.

The ARP will close in October 2013, and thereafter firms that are unable to renew insurance will be able to extend their existing policy for three months, during which time they will have either to secure new insurance or arrange an orderly closure. If the firm closes, then the existing insurer will be liable for the run-off cover.

This will impact on insurers’ decisions to offer cover the previous year, and Mr Collins said there is not enough time to have the new arrangements in place for the 2011-12 renewal period and so allow the ARP to close in October 2012. However, for 2011-12, firms will only be able to spend six months in the ARP, rather than 12 as now.

The end of common renewal is being delayed to 2013 as well to ensure a smooth transition to the new system.

Mr Collins said insurers were prepared to accept the risk of being stuck with run-off cover as the price of scrapping the ARP.

He said last year’s consultation had raised the prospect of the profession sharing the cost of the ARP from 2012 and the board decided that this should happen in the final year; it was also influenced by the impact on insurers of Solvency II, new EU rules on capital adequacy that come into force in January 2013.

The board decided that the first £10m of claims received by the ARP in 2012-13 will be paid by the profession, the second £10m by insurers, with this layering repeated up to £50m, above which any claims will be covered by the insurers. ARP exposure for each of the past two indemnity years is put at £50m.

“We believe that the profession is best served by an open, competitive insurance market and this is a step to get there,” Mr Collins explained.

The proposal to remove financial institutions – primarily lenders – from compulsory PII cover from this October has been dropped for several reasons, Mr Collins said. There were “genuinely problems with the way we proposed to do it” – because solicitors’ PII works on a claims-made basis, a lender can check a law firm has cover at the time it acts but not at the time a claim is made, causing uncertainty.

The SRA also listened to lenders’ complaints that this September was too soon to introduce such a change because of the time it would take to check the arrangements of all panel firms, while the authority was concerned that some lenders “would have moved very quickly to much smaller panels” and it had not had a chance to assess the impact of this against the regulatory objectives.

The plan to exclude all “non-individual” clients from compulsory cover in 2012 has also been shelved. Mr Collins said the SRA “will come back to permitted exclusions in 2014”.

Mr Collins said he hoped people would not characterise the decisions as a u-turn but recognise that the SRA had put out its consultation, “engaged with stakeholders and said that actually there’s a better solution”.